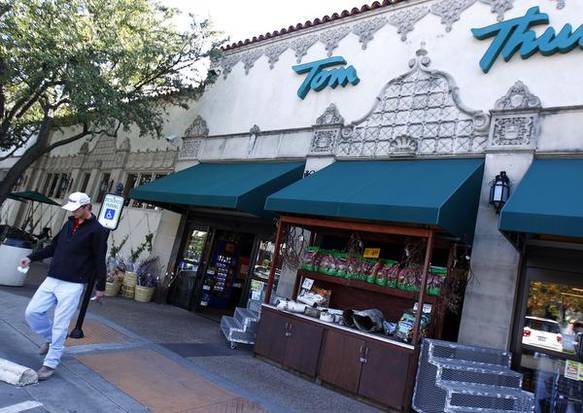 Albertsons announced March 6 that it would be acquiring Safeway. This merger will create a diversified network that includes over 2,400 store, 27 distribution facilities, and 20 manufacturing plants with over 250,000 dedicated and loyal employees, the press release says.

Though there is still an option to entertain proposals from other buyers, the decision to merge with Albertsons was unanimously approved by the Board of Directors of Safeway. The two grocery stores will operate separately until the merge is final, which is expected to happen in late 2014. With Albertsons’ 49 stores in North Texas and Tom Thumb’s 62 stores, the combined companies will become the largest traditional grocery chain in the area.

Though there are no closures planned, Albertsons’ parent company, Cerberus, has a history of shutting down Albertsons’ stores since its acquisition in 2006. Since then, the stores have declined in quality, selection, and overall appeal, and 26 Albertsons stores across the country were closed just three weeks ago.

There’s still some speculation about how the merge will directly affect D-FW customers. What do you think? Comment below and let us know.