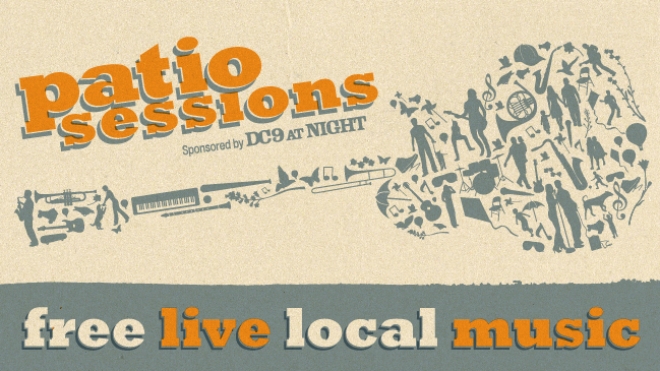 Wow, this weekend is packed with amazing opportunities to immerse yourself in DFW culture and activities. From live music to a dog parade, there’s something for everyone to enjoy.

Jack Ingram at The Rustic: The Rustic and Leukemia Texas present the Beat Leukemia Concert For A Cure featuring Jack Ingram. This free event also celebrates the 1 year anniversary of The Rustic opening in Uptown Dallas!

Thrift Studio: This “not-like-any-other-thrift-store thrift store” is having its kick-off party tonight. Thrift Studio is a bi-annual, 30-day, pop-up shop created to provide financial viability and fundraising for Dwell With Dignity through selling donated furniture, housewares, accessories and high-end designer finds to the public.

Sam Smith: If you turned on the radio this year, you’ve heard Smith‘s huge hits “Stay With Me” and “I’m Not The Only One.” Tonight, catch him live at House of Blues Dallas.

Patio Sessions: The series at Sammons Park continues tonight with Luke Wade, the Fort Worth native on NBC’s The Voice, his band No Civilians, and opener Kirk Thurmond. The show is free and there will be food trucks from 6-9pm.

Music Thursday: Tonight’s features in the Klyde Warren Park’s Set List on the Green are The Counselor and the Capitalist, The Ackermans, and Marcella.

Dallas VideoFest: The 27th year of Dallas VideoFest is underway. It began Wednesday and runs through Oct. 19 in various venues across DFW including Alamo Drafthouse and South Dallas Cultural Center. There will be approximately 125 screenings of local, regional and internationally produced media art programs this year.

State Fair of Texas: The 2014 fair season is in full swing. Check out all the fun that continues in the third weekend including pig races, the auto show, fried foods, rides and more. Click here to see how to get all the best deals on tickets.

Market After Dark: Every Thursday, experience The Shed at Dallas Farmers Market, which is open late for drinks and shopping from 6 to 9pm.

Autumn at the Arboretum: Pumpkins, gourds, squash, and fall flowers will cover the grounds of the Dallas Arboretum through November 26. There will also be a hay bale maze, scavenger hunts, Cinderella’s Carriage and more.

A Tribute to Marvin Hamlisch: The Fort Worth Symphony Orchestra will pay tribute to the late composer and EGOT (Emmy, Grammy, Oscar, Tony Award) winner and his impressive 50-year career with three concerts Friday through Sunday. Stars like Donna McKechnie and Jodi Benson will join the orchestra at Bass Performance Hall.

Ringo Starr: This former Beatles member will take the stage at Verizon Theater at Grand Prairie with his All-Starr Band. It’s been 44 years since the Beatles broke up, but Starr is still rocking out.

Cowboys at Seahawks: In week six, the ‘boys will take on the Seattle Seahawks, last year’s Superbowl champs, on Sunday at 3:25pm. We’re 4 and 1 this season thus far, so grab your friends, your jersey, and a seat around the nearest TV.

Southwest Airlines Freedom to Fly: If you’ve been living under a rock in DFW, you may not know that Southwest Airlines is finally allowed to add new non-stop destinations beginning Monday, Oct. 13. Join them on Sunday in celebrating the end of the Wright Amendment that’s been holding them back at Klyde Warren Park for a free party featuring Kelly Willis & Bruce Robison, Jack Ingram, Robert Earl Keen and more.