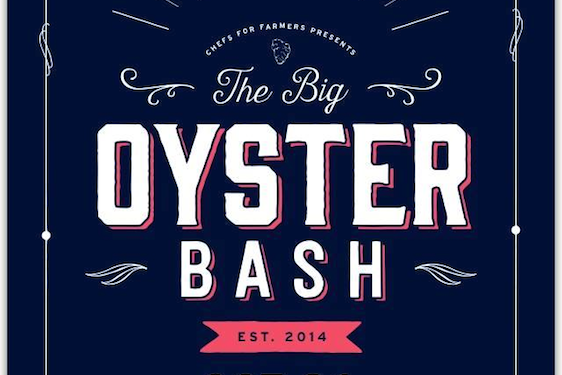 Beer and wine dinners, anniversary celebrations, and food and beverage festivals take over this week’s list of events. We’re not going to lie, you may have a hard time choosing which great events you’re going to attend!

Beer Dinner at Victor Tangos: A five-course dinner served with Duchesse De Bourgogne and St. Bernardus, both Belgium beers, will begin at 7:30 p.m. Courses include black bass and oxtail stew.

Chefs & Seeds: Join D Magazine for awesome food, cocktails, music, and carryin’ on at 3015 at Trinity Groves to benefit Seeds of Africa. This is the first in a series of galas held in Dallas, New York, Chicago, Paris, London and Adama. It will bring together some of the most talented and well-known chefs in the area for a premier tasting event.

Garden & Gun at The Foundry: The magazine is pairing up with chefs Tim Byres and Cory Bahr of Cotton for a party at The Foundry called “Cotton & Smoke.” The even runs from 7 to 10 p.m. and promises to be “a Louisiana culinary and musical throwdown of Texas proportions.”

Old World Wine Dinner at The Grape: Jason Charles of Glazer’s joins The Grape to host a four-course dinner with a sampling of old world wines. This special come-as-you-are dinner is part of The Grape’s 42nd anniversary celebrations.

Dinner Lab: Dinner Lab is an organization focused on celebrating up-and-coming chefs, cooking once-in-a-lifetime meals in once-in-a-lifetime locations for dining adventurers. The first one ever hosted in Dallas will feature Ryan Carson, who puts a fine-tuned spin on comfort food with precise modern culinary techniques.

Martin House Boo-ery Tour: The 2nd-Annual halloween-themed tour at Martin House Brewing will feature live music, a costume contest, and a scary amount of beer. Extended hours are being held from noon to 5 p.m. Kids are welcome and for an extra $5 you can get samples from several food vendors.

Chefs for Farmers Oyster Bash: The 1st-Annual Oyster Bash will be held at the newly revamped Dallas Farmers Market. Festivities include cooked and live oysters from Texas as well as East and West Coast reefs shucked on site, cocktails, wine, an oyster slurping contest, tarot card reader, spins from DJ Souljah and surprises to come. Drinks will be served BYOG (bring your own glass) style. A portion of the proceeds benefit Cafe Momentum and Foodways Texas.

Big Night, Big Table: The people behind Fluent and Dude, Sweet Chocolate bring you an event served family-style hosted by many of your favorite restaurants in Bishop Arts. It also benefits Cafe Momentum and Raegan Elementary School. Offerings include wines provided by Glazer’s, beer provided by Rahr Brewery, music by DJ EZ Eddie and food from Driftwood, Lucia, Zen Sushi, Boulevardier, Stock and Barrel and many more.

Braindead Brewing: Deep Ellum is set to get another brewery as early as December 2015. The brewery, restaurant, and bar project on Main Street will be a few doors down from Pecan Lodge. The restaurant menu will feature Texas and Southwestern eats and will be open late Thursday-Saturday.

Downtown Additions: The Mid Elm Lofts between Akard and Olive streets will feature another location of Mudsmith, The Londoner Pub, and Southpaw’s Organic Grille. Around the corner on Ervay, Cafeé Izmir will open.

G-bar-O Farm & Ranch Market Grill: Tim Goza, the Dallas-native and owner of Palapas Seafood Bar, has announced that he will open his newest concept. It will have a Latin flare that focuses on meat cooked on an open grill as well as organic produce and local resources. It’s set to open in April 2015 right next door to Palapas on Greenville Ave.

Knife: Esquire has released its list of winners of its first American Food and Drink Awards and Chef John Tesar and his restaurant Knife grabbed the winning spot on the list of Best New Restaurants in America.

Righteous Foods: A new health food concept will open today in Fort Worth run by chef Lanny Lancarte. It will open in the location of Alta Cocina Mexicana, the chef’s Mexican-Medterranean restaurant that closed earlier this year. The menu features an organic kale salad, carrot and sweet potato ravioli, cold-pressed juices and more.

State Fair: For the first time in history, one of the Big Tex Choice Award winners sold out completely before the end of the Fair. The Original State Fair Brew, Funnel Cake Ale, won Most Creative this year. The Fair is also reporting that this year was it’s most successful in 128 years with an estimated $41 million in food and ride coupon sales.