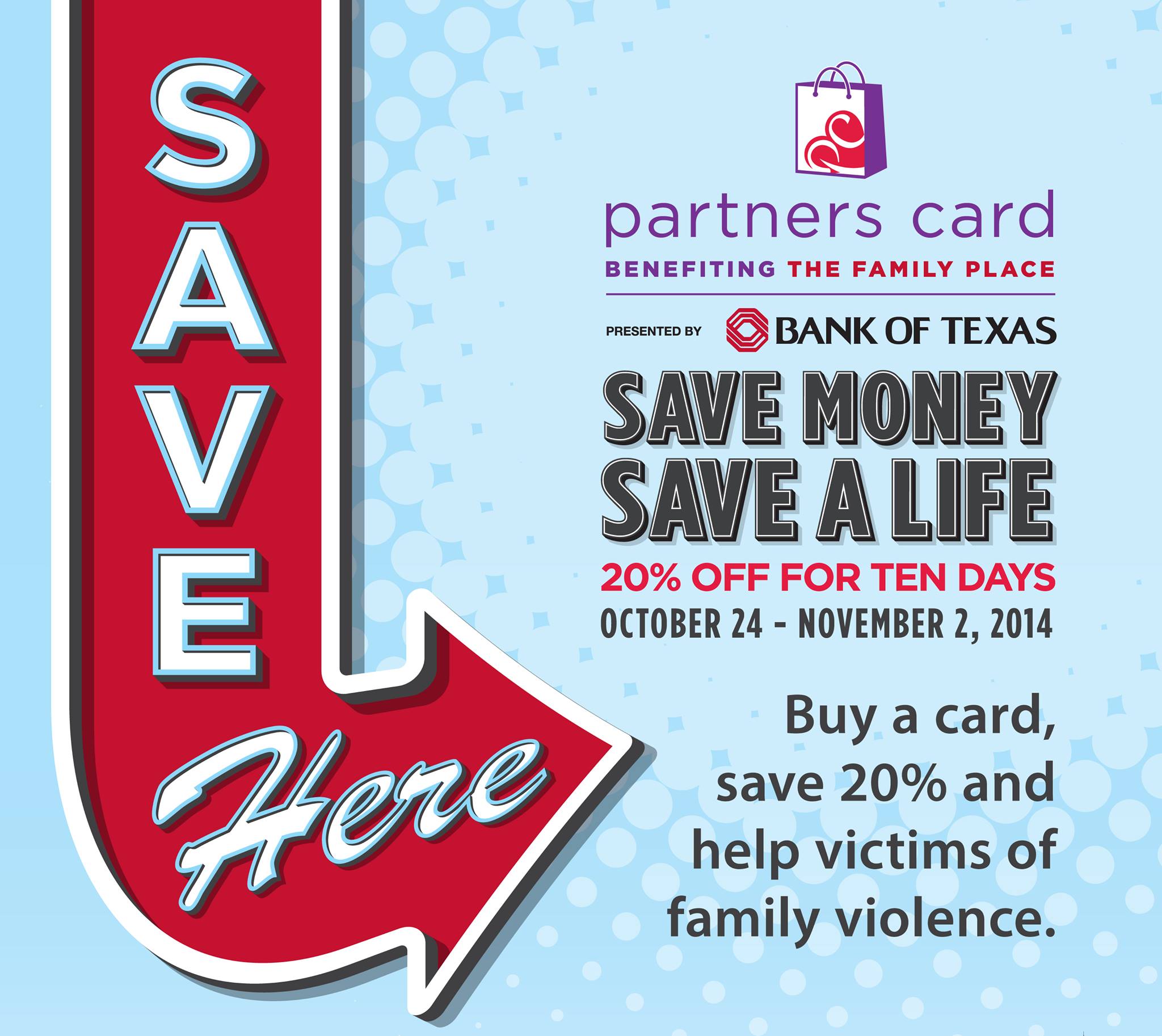 Higher temperatures return this weekend just in time for outdoor concerts and celebrations. Check out all of your options for DFW fun this weekend below.

Mavs 5K: Join the the Mavs Run This Town 5K at American Airlines Center for a fast, flat run through Victory Park and the Design District. Participants will receive a game ticket for a home game during the upcoming season and there will be a post-run party featuring a beer garden and music by the Old 97’s.

Patio Sessions: The series at Sammons Park continues tonight with Calhoun and opener Catamaran. The show is free and there will be food trucks from 6-9pm.

Dallas Opera Simulcast: The Dallas Opera and The Sheila and Jody Grant Opera Discovery Program, in partnership with the AT&T Performing Arts Center and Klyde Warren Park, present The Marriage of Figaro simulcast from the Winspear Opera House.

Partners Card: It’s that time of year again. Many of your favorite DFW stores will give you 20% off for participating in a 10-day event that benefits The Family Place and allows you to get some of your holiday shopping done early.

Klyde Warren Park Anniversary Celebration: It’s been two years since the beloved park opened right on top of the highway, so they’re inviting everyone to celebrate! There will be activities like face painting, yoga, crafts, as well as live music featuring Michael Prysock, Eastwood with Nicholas Altobelli, and Home by Hovercraft.

Modern ’till Midnight- 80’s Edition: This event will take you back to the club scene and buzz of New York in the ’80s during the Modern’s extended, late-night hours. Don’t miss an eclectic array of live performances by local bands on the lawn featuring well-known sounds of the time.

North Oak Cliff Music Festival: The 3rd-annual festival is held at Lake Cliff Park and has an exciting line up in store. This year, take in music by Edie Brickell & The Bohemians, Meiko, Emily Elbert, Seryn, Kat Edmonson and more.

AT&T Sunset Screenings- The Shining: Halloween is almost here and what better way to get in the mood than with this haunting movie? Grab your blanket and a picnic basket at Strauss Square.

Cowboys vs. Redskins: In week eight, the ‘boys will take on the Washington Redskins at home on Sunday at 7:30pm. We’re 6 and 1 this season thus far, so grab your friends, your jersey, and a seat around the nearest TV. If you’ve got a ticket, get out there and make some noise.

Autumn at the Arboretum: Pumpkins, gourds, squash, and fall flowers will cover the grounds of the Dallas Arboretum through November 26. There will also be a hay bale maze, scavenger hunts, Cinderella’s Carriage and more.

Thrift Studio: This “not-like-any-other-thrift-store thrift store” is having its kick-off party tonight. Thrift Studio is a bi-annual, 30-day, pop-up shop created to provide financial viability and fundraising for Dwell With Dignity through selling donated furniture, housewares, accessories and high-end designer finds to the public.

More? If you’re looking for weekend activities that focus more on food and drink, click here.