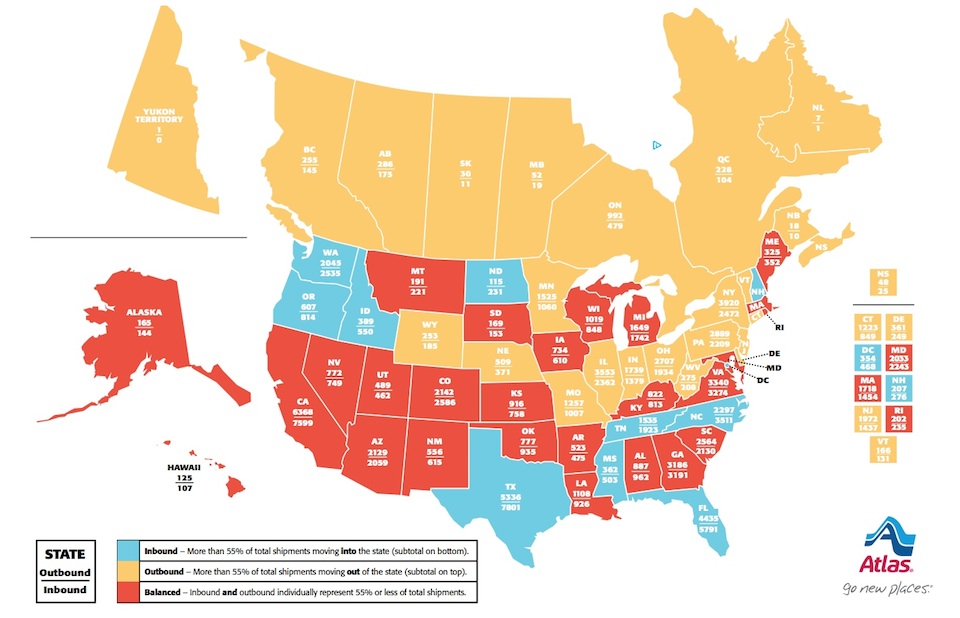 Two of the country’s leading moving firms agree that Texas was near the top of their migration list in 2014.

Texas ranked second in the country for total household moves with Atlas Van Lines in 2014 .

Atlas said more than 55 percent of its business in Texas was shipments coming into the state. Texas was one of only 10 U.S. states where Atlas had more inbound shipments than moves out of the state.

Oregon was United’s top state for inbound shipments, with 66 percent of the mover’s business to the state coming from outside.