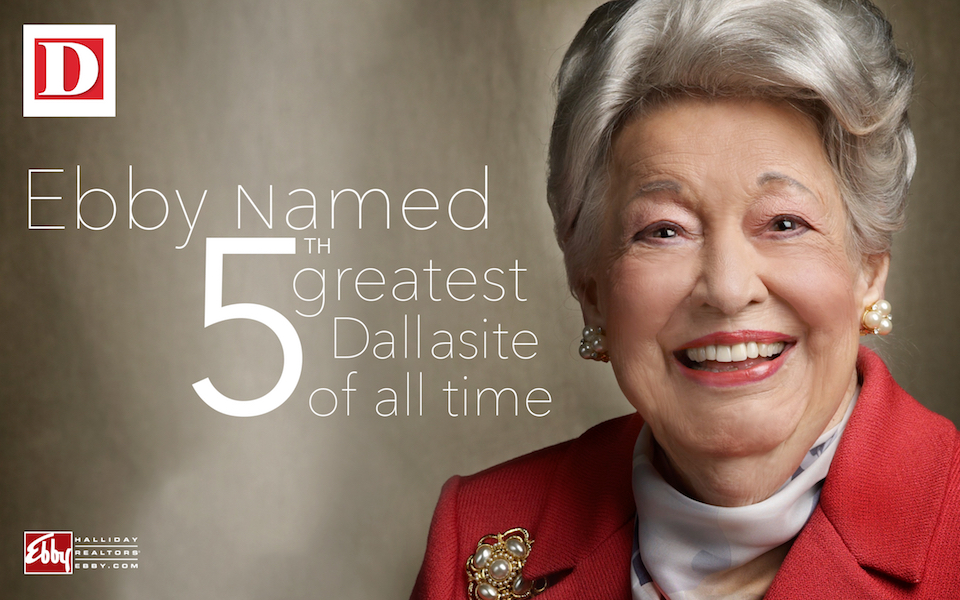 The latest issue of D Home to hit the stands features their 7th annual list of the 10 Most Beautiful Houses in Dallas, and guess whose listing made the cut? One of ours, of course. Driving the streets of Dallas, judging based on curb appeal alone- which we all know is a huge factor in buying and selling real estate- the magazine’s editors selected their favorite houses. And, drum roll please, on the second page of the article you’ll find 8200 Forest Hills Blvd.

You may recognize it from our recent feature “What $1.5 Million Buys You in D-FW,” but the editors did not take into account price when compiling this list. Instead, they describe the home as follows: “Isn’t it so wholesome and traditional? It looks to be the kind of place where every problem takes around 20 minutes to solve and all signs of strife and tumult melt with a hug. It’s so all-American, we trust that only apple pie is served at meal times.” 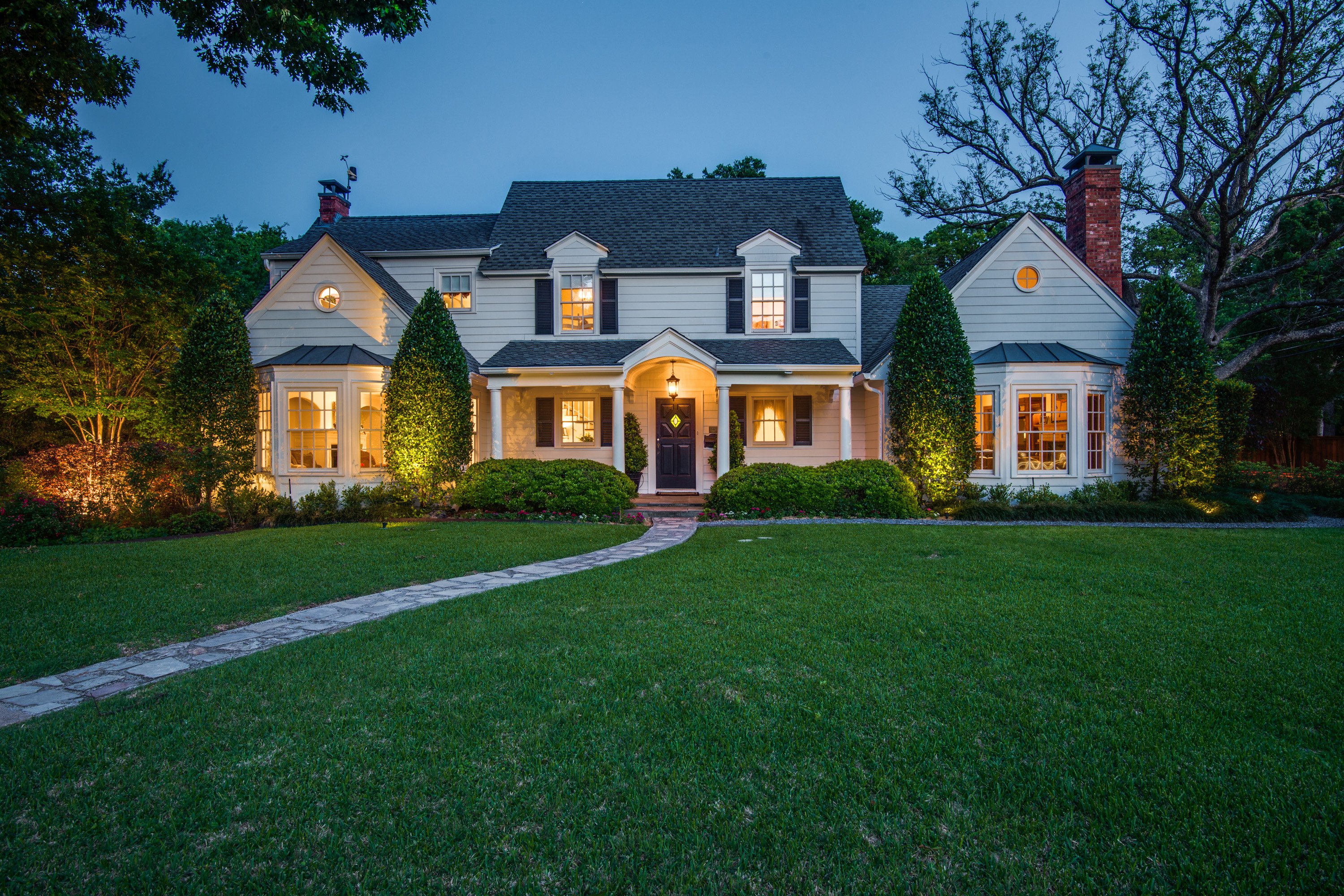 We couldn’t have said it better ourselves, but we want to fill you in on the specifics and allow you to get a look inside one of the 10 Most Beautiful Houses in Dallas.

8200 Forest Hilld Blvd. is a five-bedroom, four-bath, two half-bath home with 5,769 square feet, two garage spaces, a meticulously landscaped front yard, and a spacious backyard with a pool and a cabana. Heard enough from us? Just take a look for yourself. This one is beautiful inside an out. 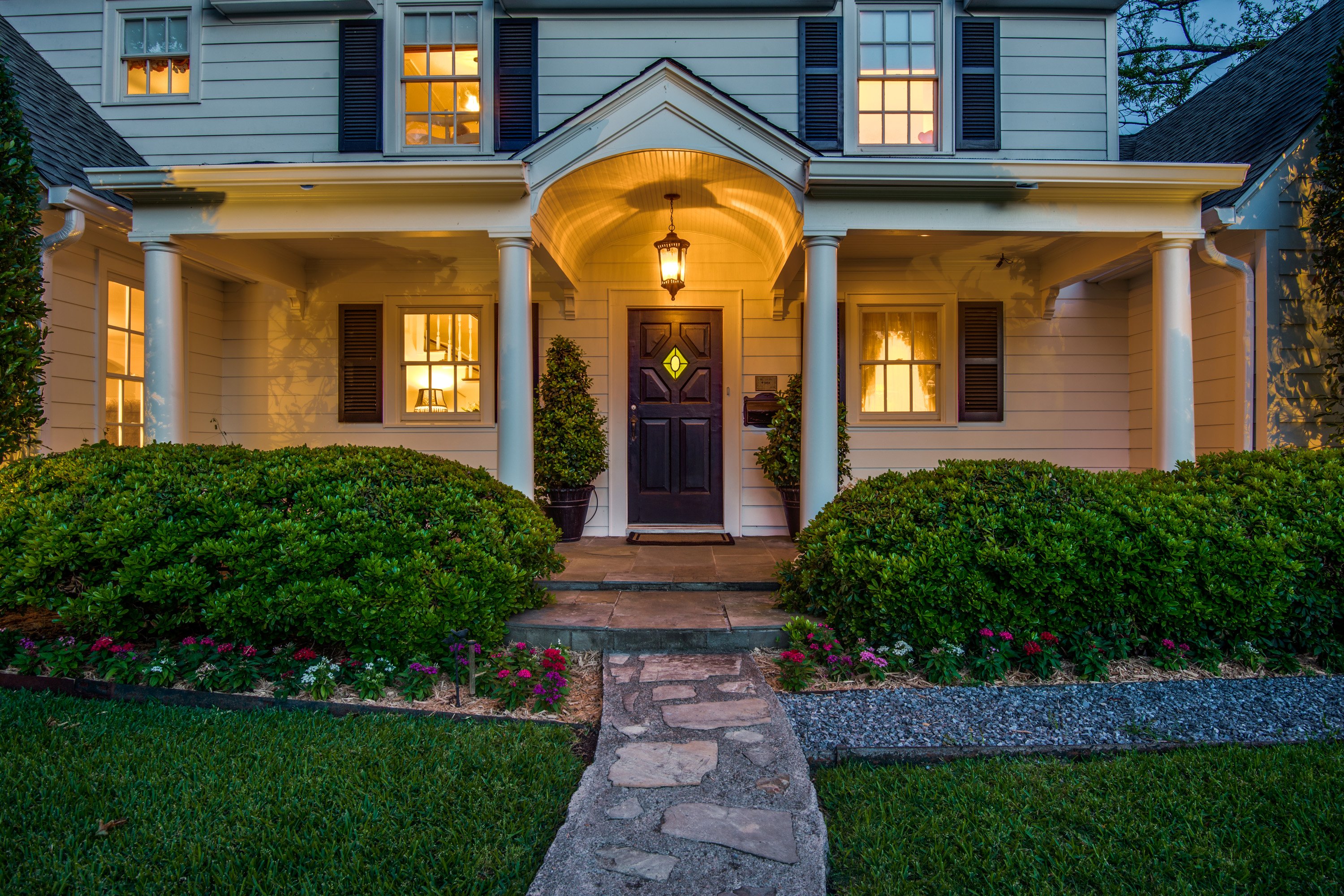 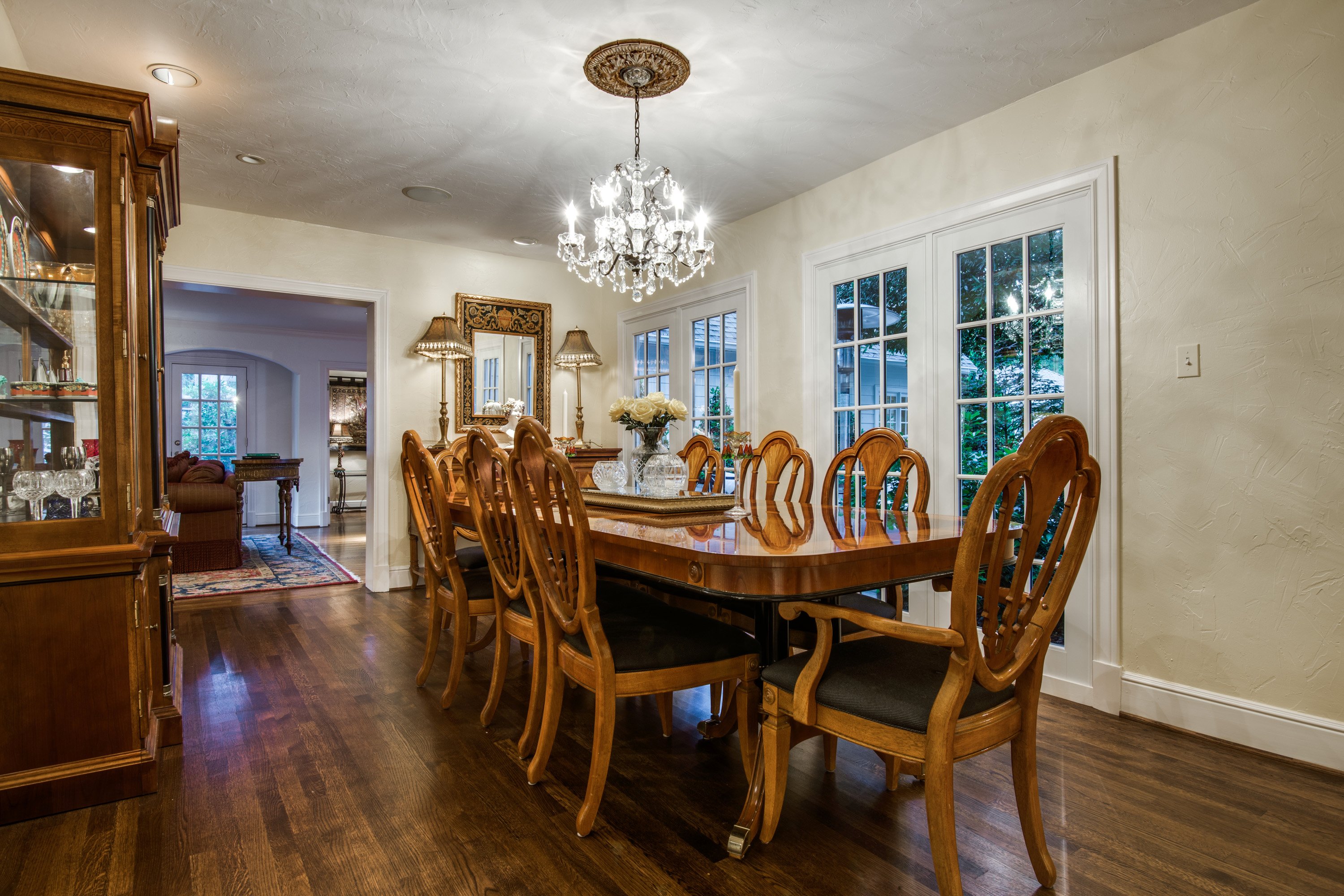 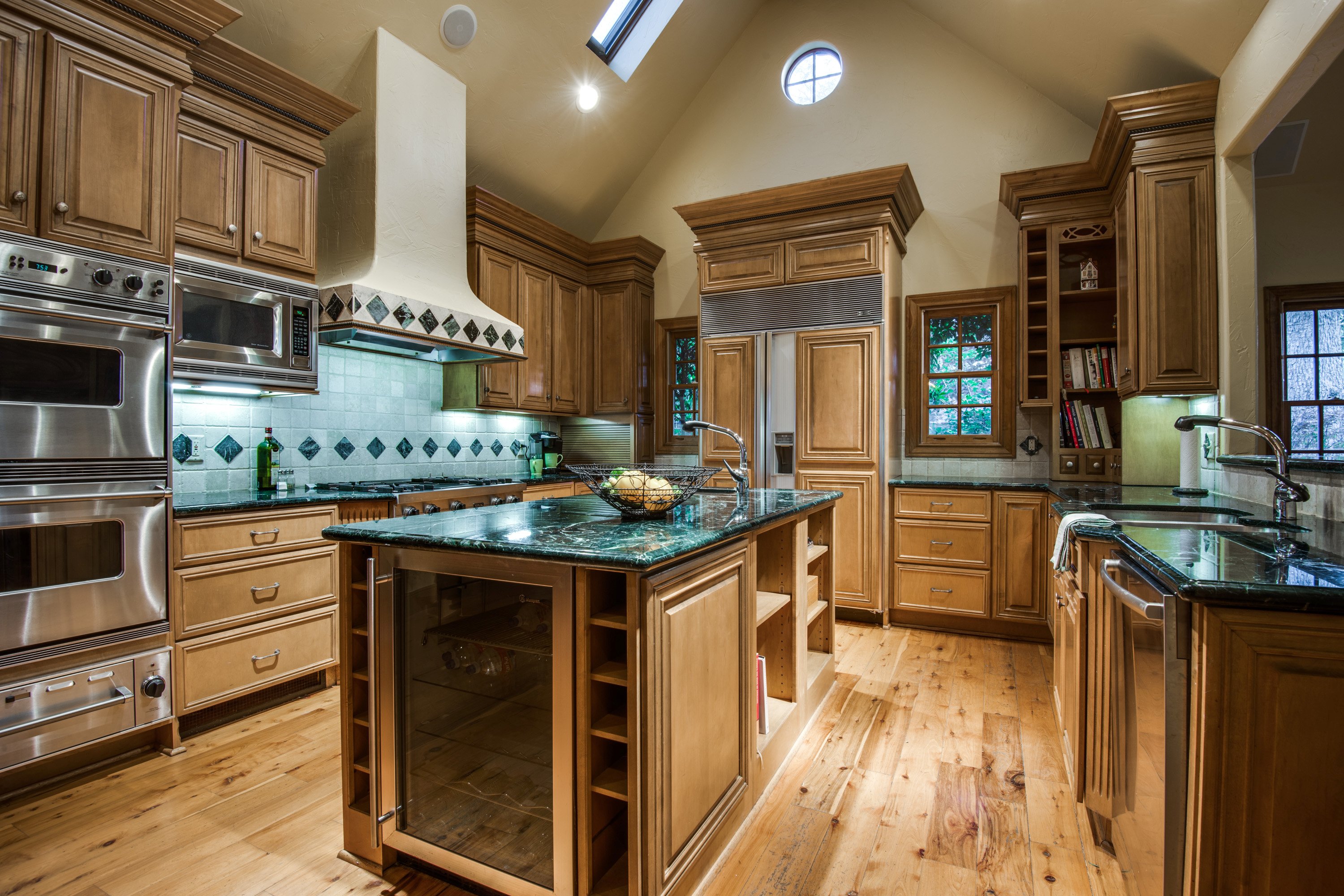 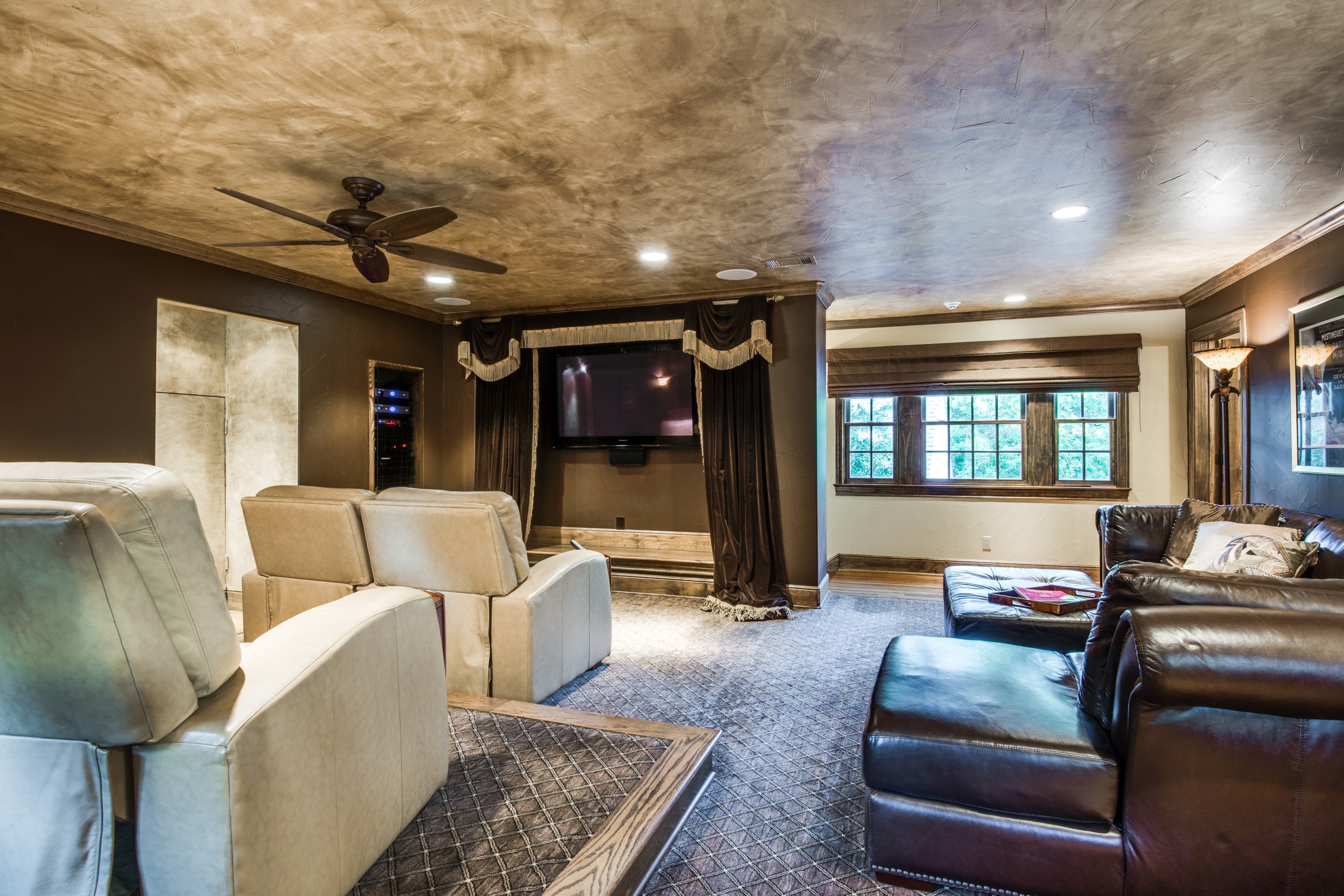 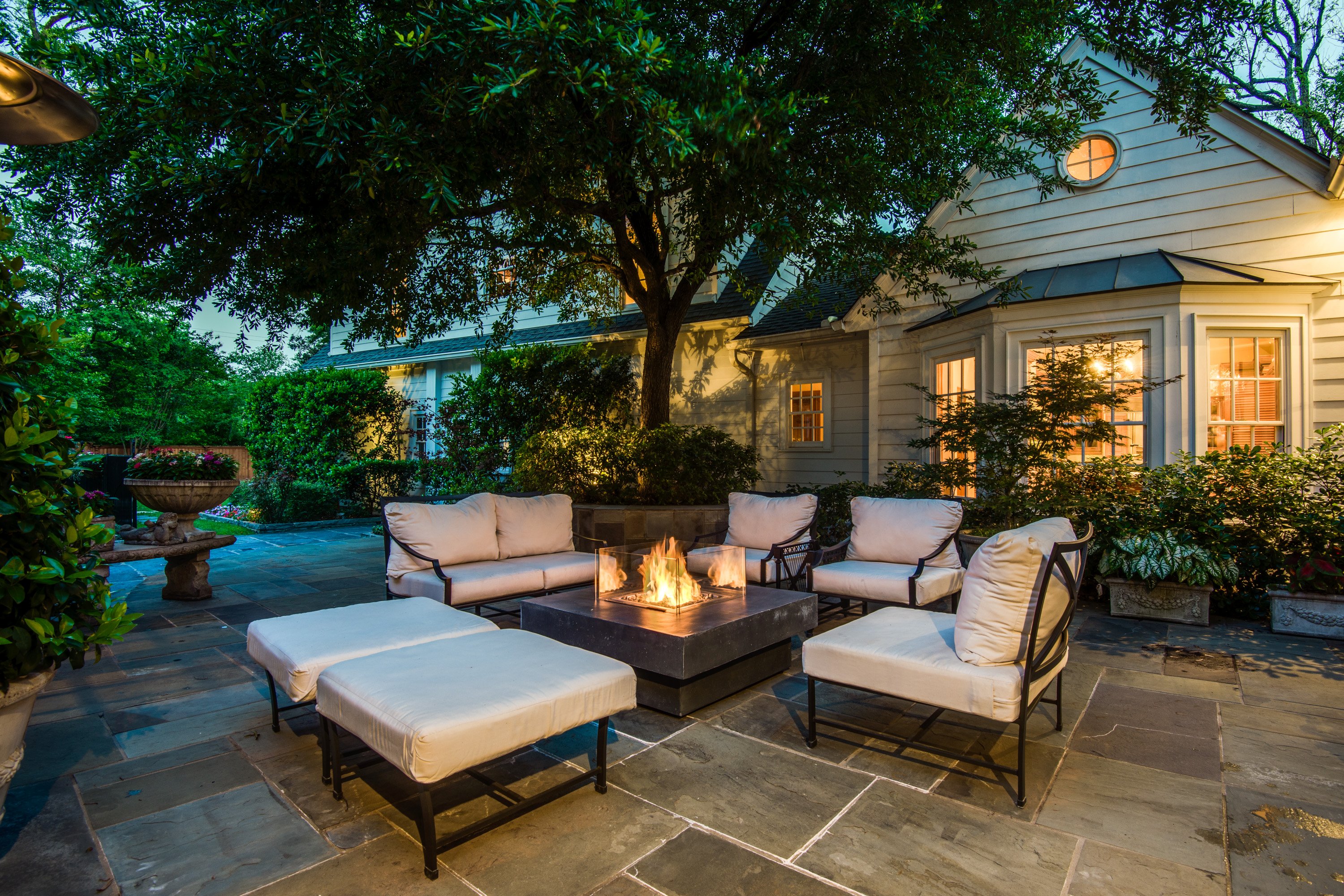 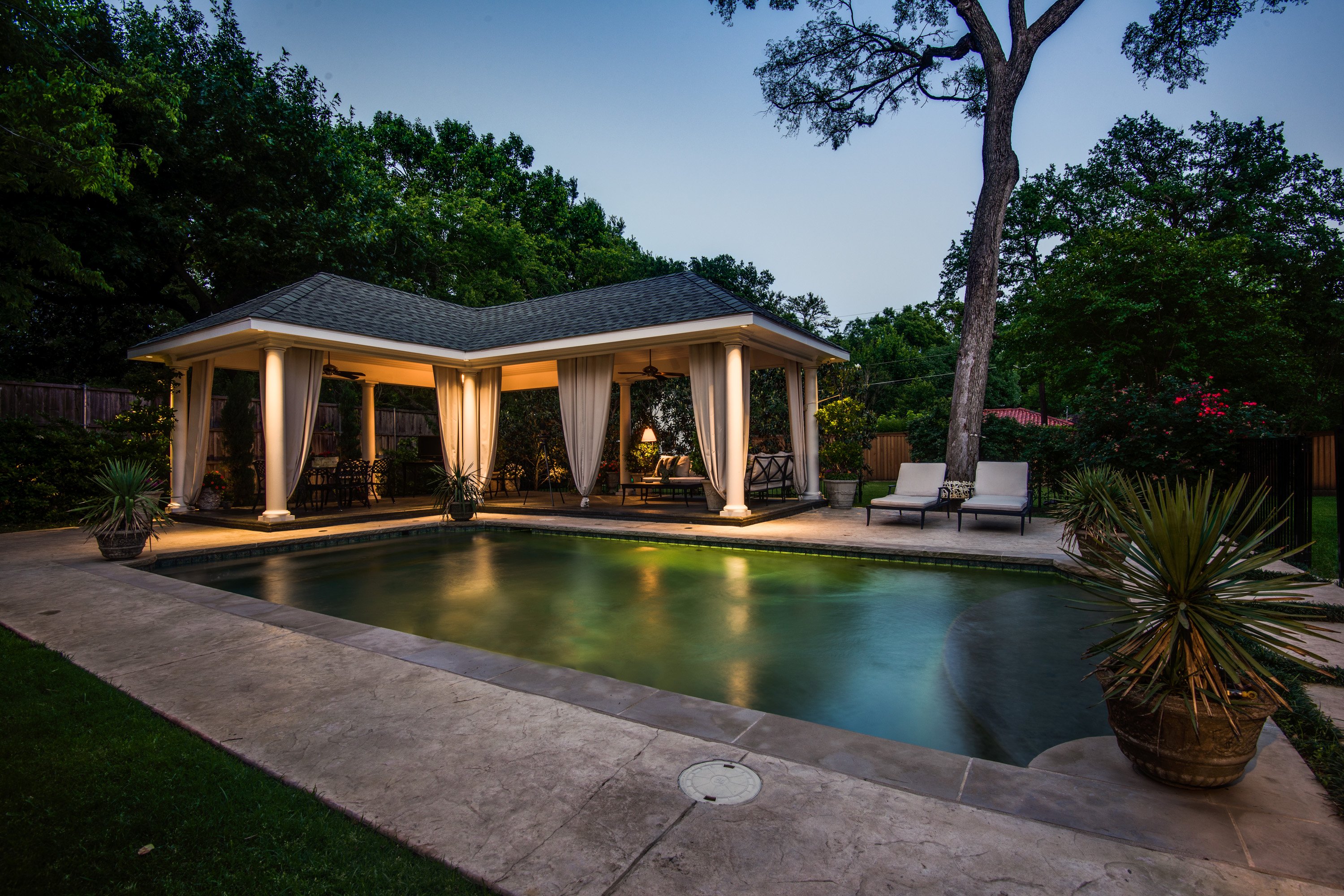 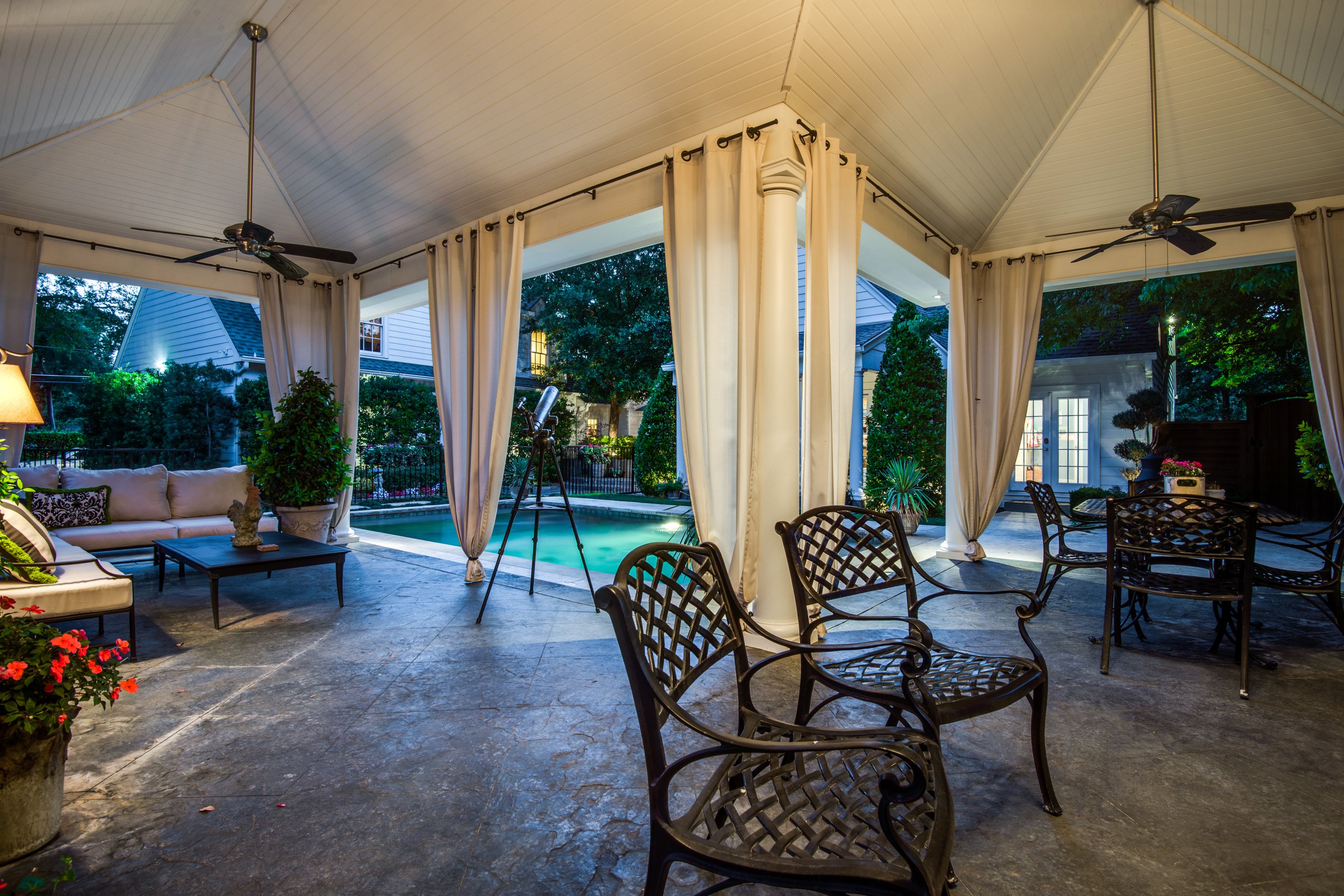 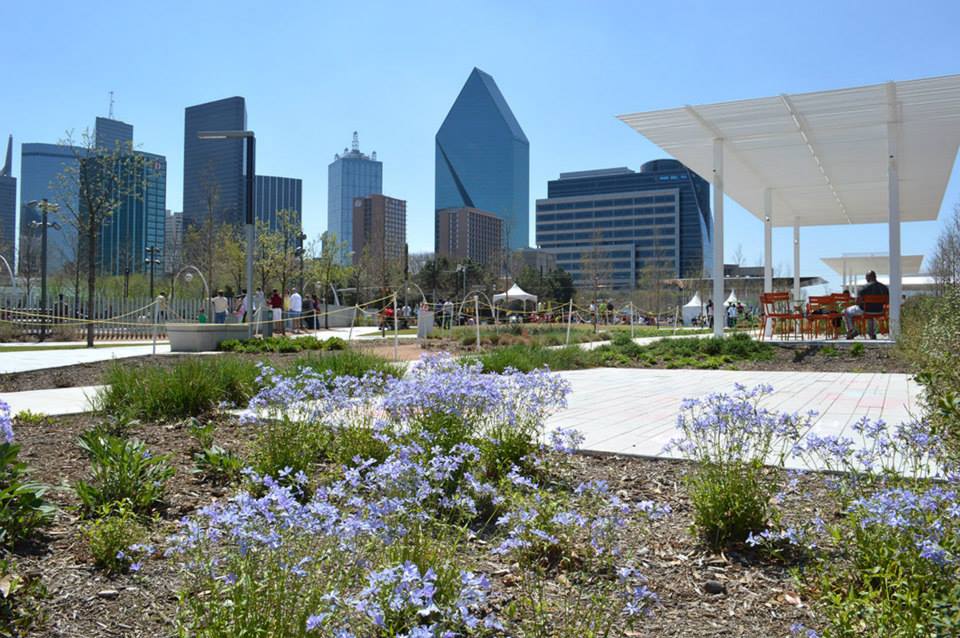 It’s going to be another hot weekend in D-FW! While there’s no shortage of ways to take advantage of summertime, allow us to suggest a few that you should do while you can!

Matthew Sontheimer: The Talley Dunn Gallery is featuring works by Sontheimer, which include collages of text, drawing, sketches, and photographs. They will be on display until August 27.

National Tequila Day: Today’s the day, everyone. Get your limes and salt ready because restaurants all over DFW are offering specials. Blue Mesa Grill, El Fenix, On The Border, Cantina Loredo, Urban Taco, and Wild Salsa are all getting in on the fun.

Richard Phillips’ Negation of the Universe: The famous bunny installation on the road to Marfa has been relocated to the Dallas Contemporary along with an indoor exhibit of Phillips’ pop culture inspired paintings, short films, and other mixed media work. This will all be on display through August 10.

Milk & Honey Girl’s Night Out: This beloved Dallas boutique is throwing a ladies night Thursday, July 24 with champagne, tutorials, and a 20% off discount.

CultureMap Summer Social: Celebrate the weekend a night early with the brains behind CultureMap Dallas. Thursday, head to Winston’s Supperclub in Uptown for tequila tastings, good from Urban Taco, live music by DJ Adam Cleland and more. Take an Uber there and get 20% off your ride using a special promo code.

Rangers vs. Oakland A’s: Friday, July 25, through Sunday, July 27, our Rangers will take on the Athletics at Globe Life Park.

Salsa Class: Head to Klyde Warren Park’s Muse family Performance Pavilion to shake your stuff and learn some salsa with Studio 22.  Friday classes run from 6 to 7pm and take place through August 1.

Cirque du Soleil: Michael Jackson The Immortal World Tour: A riveting fusion of visuals, dance, and music, this tour is an electrifying production presented in a rock concert format that combines the excitement and innovation of Michael Jackson’s music and choreography with Cirque du Soleil unparalleled creativity. Catch the show Friday and Saturday at American Airlines Center.

The Best Movie Fest Ever: The Cinemark in West Plano presents three classic films on Saturday, July 26. “Hello Dolly!” plays at 11:15am, “Moulin Rouge” at 2:20pm, and “Oklahoma!” at 5pm. Don’t miss this opportunity to catch three great films for one great price.

Cooking Classes at the Dallas Farmer’s Market: The third installation of Saturday chef demonstrations is hosted by Chef Patton Robertson of Five Sixty by Wolf Gang Puck (the restaurant at the top of Reunion Tower). This week’s theme is Korean Style Summer Grilling.

Alpha Rev: Saturday night, this Austin-based band will play at the Granada Theater following the Rocketboys, Dovetail, and Levi Weaver. If you’re a fan of Coldplay and/or Imagine Dragons you should check out the show. Doors open at 7pm.

Austin Mahone: Named one of MTV’s Artists to Watch, this 18-year-old San Antonio native is climbing his way up the music charts. Austin Mahone has opened for Taylor Swift in the past and now he’ll headline a concert on Sunday, July 27, that will also include The Vamps, Fifth Harmony, and Shawn Mendes.

Find Your Excuse: If you’re just looking to get out and try a Dallas favorite, check out this list of great places and reasons to celebrate in Dallas. 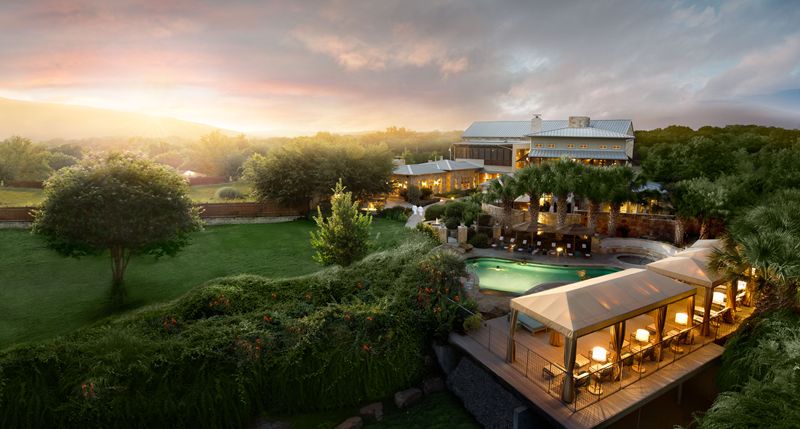 If you’re in the need for some relaxation and you-time, look no further than D Magazine’s Dallas Spa Guide. This list, which is part of their March 2014 magazine issue, walks you through all of your options.

The categories include “Hotel Spas,” “Zen Escapes,” “Freestanding Spas,” Med Spas,” and “Spa Food.” Some of these fabulous places are right in our backyard, while others require a short drive and one requires a short plane ride.

No matter what you’re in the mood for, you can find a retreat that will fit your needs and have you feeling pampered from head to toe. 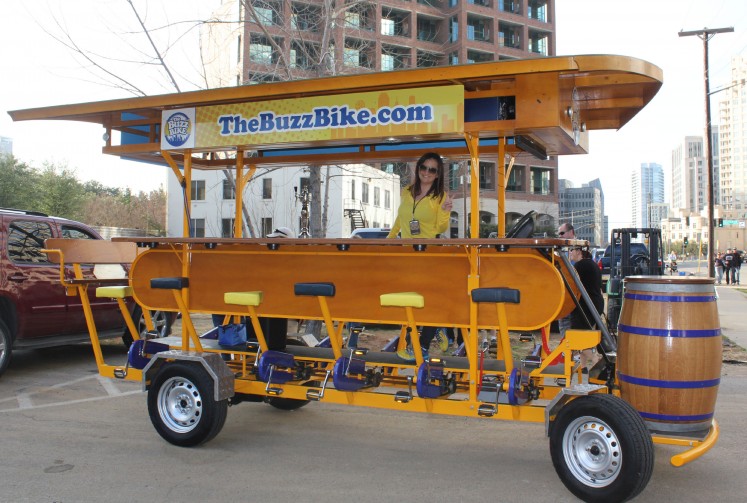 Ok, full discretion, this post might not be everyone’s thing, but we think the idea is pretty creative. If you’re a little adventurous, like to be outside, and enjoy a drink or two, you might just love this post. The Buzz Bike, already established in Houston, Austin, and Fort Worth, is a 16-person, pedal-powered, boozy, mobile pub vehicle that’s now roaming the streets of  Dallas. We first heard about it via this D Magazine post.

The concept is pretty simple and sounds great for a beautiful weekend day. You can either charter a private route with the Buzz Bike or join in on the fun with other local bike and booze enthusiasts. There are 10 pedal seats on the exterior and six bench spots on the interior of this crazy new vehicle, with one seat reserved for the bartender. You’re invited to bring your own beer and wine, and there’s a keg tap as well. You can booze and bike your way through Dallas on one of four routes- Uptown, Victory Plaza, the Arts District, and Downtown.

To sum it up in the words of Buzz Bike,”The Buzz Bike provides an eco-friendly way for groups of adults to ride through town, while enjoying the beverage of their choice.” For all the details, click here.