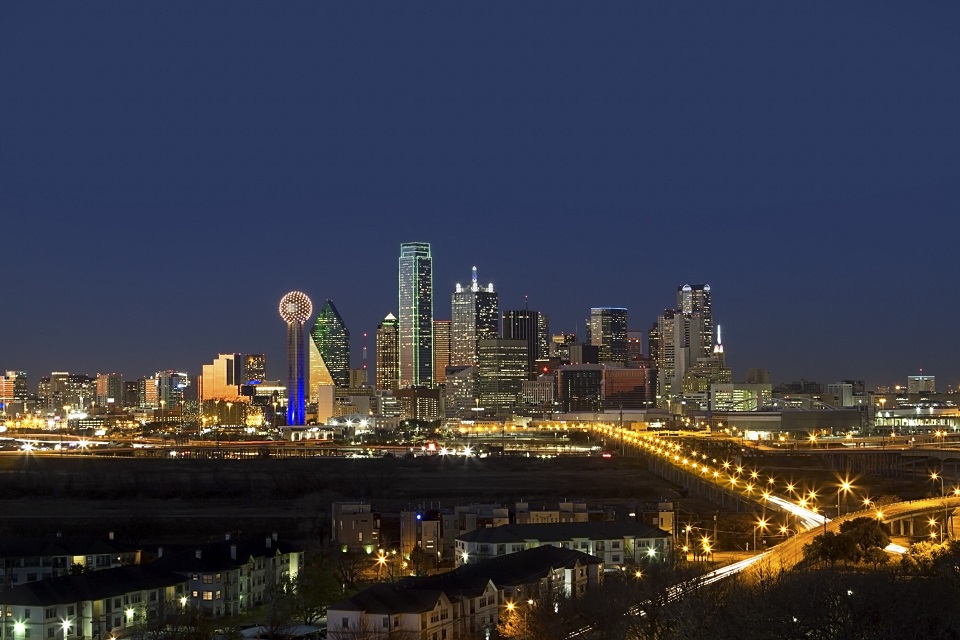 It’s all about live music this weekend in D-FW. From hip hop to The Beatles, there’s a show for you to move to. Of course if a play or a day outdoors is more you speed, you have those options, too!

Under The Influence Music Tour: Wiz Khalifa, Jeezy, and an long list artists are taking over Gexa tonight, Thursday, August 14, for a night of rap and hip hop.

None of The Above: Looking to indulge in a live Rom-Com? Tonight, Pegasus Theatre presents None of the Above, a play about an evolving relationship between a girl and her SAT tutor.

’til Midnight at Nasher Sculpture Center: As with the third Friday of every month, the Nasher is hosting music and a movie with free admission. The week’s headliners are the Whiskey Fold Ramblers, who will be followed by a screening of Where the Wild Things Are.

Edwin McCain: If you were alive and near a radio in 1997 you probably remember McCain’s huge hit single “I’ll Be.” Go on a nostalgic trip with him Friday night when he plays at Granada. The show begins at 7pm.

1964: The Tribute: You won’t want to miss the show Saturday, August 16 at Bass Performance Hall. 1964: The Tribute is said to be one of the most authentic Beatles tribute bands around, plus this show will feature the Debbie Brooks Orchestra.

2014 Dallas One-Minute Play Festival: Have you ever heard the Mark Twain quote “If you want me to give you a two-hour presentation, I am ready today. If you want only a five-minute speech, it will take me two weeks to prepare”? Now imagine the work it must take to write a one minute play. That’s what’s happening at Kitchen Dog Theater this weekend. Through Monday, August 18, there will be three, 60 minute shows during which more than 30 playwrights will showcase their one-minute plays.

Dogfight: Addison Theatre Centre is holding the first performances of Dogfight outside of New York until this Saturday. The story is set on the eve of the Kennedy assassination and follows a newly inducted marine before he’s set to ship off to Vietnam.

Simply Beautiful: Photographs from National Geographic: The Irving Arts Center is currently exhibiting more than 50 images that highlight the loveliest and most appealing photography from the publication’s impressive archive. They will be on display through November 16. 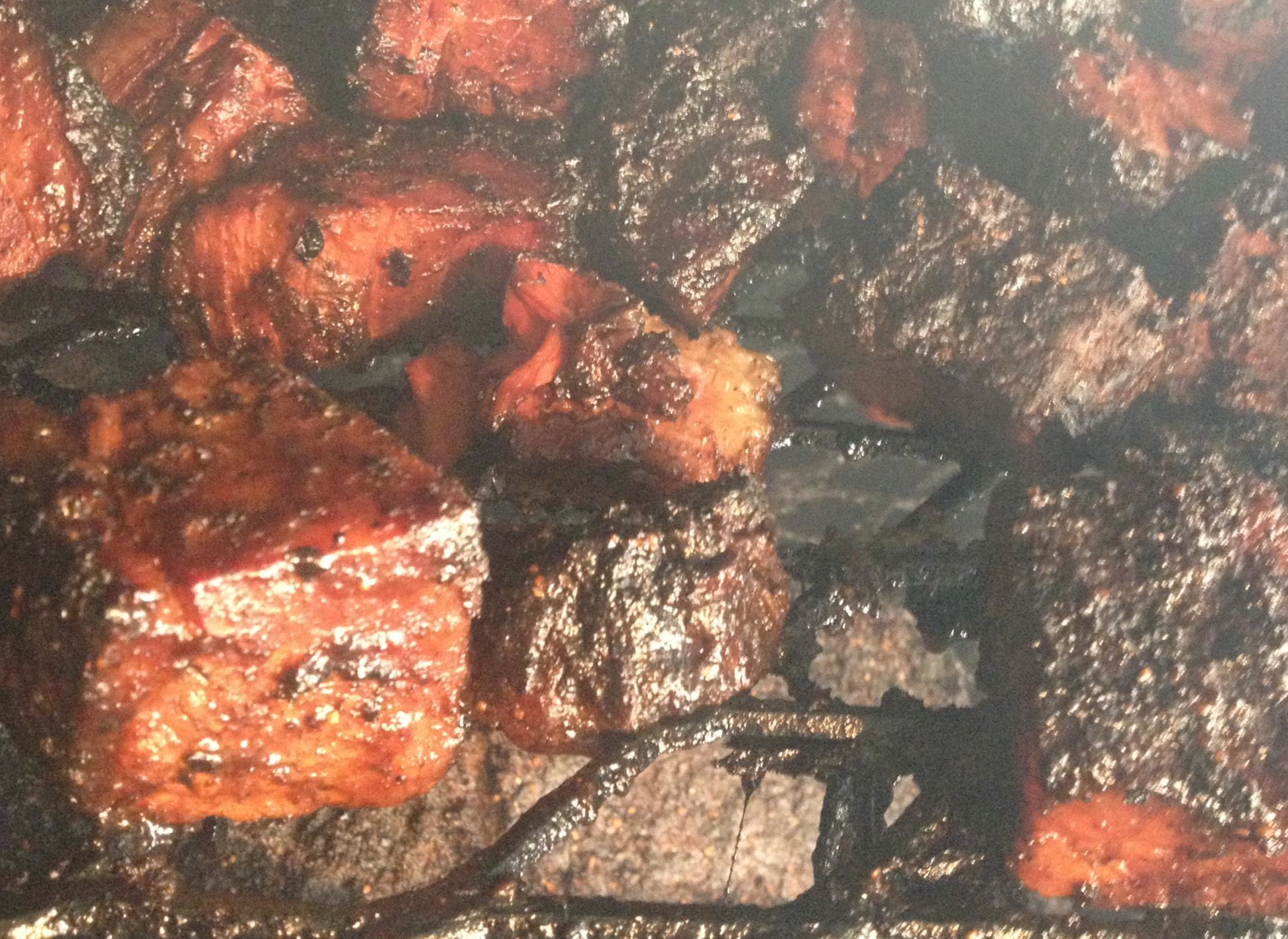 Who doesn’t love a weekend filled with jazz, timeless theater, and brisket? How about one with a music festival and our Mavs in the playoffs? Welcome to Dallas-Fort Worth, where you can experience all of these things in a few short days. See all the great events going on during the beautiful weekend ahead.

Sweeney Todd: From tonight, April 24, to Saturday, April 26, you can enjoy four presentations of Stephen Sondheim’s famed play at Dallas City Performance Hall. More than 150 actors and singers will bring the spectacle to life!

Charlotte’s Web: Kids and adults alike will love this rendition of the classic story. The play is presented by Dallas Children’s Theater on Friday, April 25.

Denton Arts & Jazz Festival: This year’s festival, which is free, will take place Friday, April 25, through Sunday, April 27, in Quakertown Park. More than 2,000 musicians will preform on six different stages, with a heavy emphasis on jazz. You’ll also get a good dose of art, of course.

Sherlock Holmes: Various takes on this infamous character have been done on the big screen and TV for years. This Friday, April 25, see a play in which Holmes goes up against his nemesis, Moriarty, in a case surrounded by blackmail. Presented by the Dallas Theater Center, you can catch the show until May 25 at Wyly Theater.

Canines and Cadillacs: You read that right! If you’re a fan of pooches and parties, Saturday’s event is the one for you! It supports Duck Team 6, which is a 100% volunteer organization that has rescued over 400 dogs. It’s black-tie optional and there will be hors d’oeuvres, live entertainment, cocktails, and live and silent auctions from 7 p.m. to 10 p.m.

Mavs Game: Cheer on our Mavs as they take on the San Antonio Spurs in round one, game three of the playoffs! The game is this Saturday, April 26, at home at 3:30 p.m. Get tickets here.

Edgefest 2014: Presented by 102.1 FM KDGE, this year’s Edgefest will showcase big names like Beck, The Avett Brothers, and Bastille. These three, and many others, will rock the festival, which takes place at Toyota Stadium in Frisco.

Spring Gallery Walks: Feel going on a walk in this weekend’s nice weather and seeing some art while you’re at it? Head to Deep Ellum for the Spring Gallery Walk that showcases 17 different galleries in the area on Saturday, April 26. The Dallas Art Dealers Association Spring Gallery Walk will also hold open galleries from the Design District to Denton, and there’s a Bike Swarm that begins at Oak Cliff Cultural Center.

Fort Worth AIA Home Tour: The Fort Worth chapter of the American Institute of Architects is hosting it’s 3rd annual home tour on Saturday, April 26, and Sunday, April 27 from noon to 6 p.m. The tour will showcase outstanding residential properties in the area.

History with a Twist: Travel back in time this weekend as Dallas Heritage Village presents classic cocktails, hors d’oeuvres, and a performance by the Singapore Slingers. Attendees are encouraged to get in the spirit by wearing vintage early 20th century attire.

Local Farmer’s Markets: Take advantage of the beautiful weather and support our local vendors by checking out one of the many farmer’s markets all over D-FW.