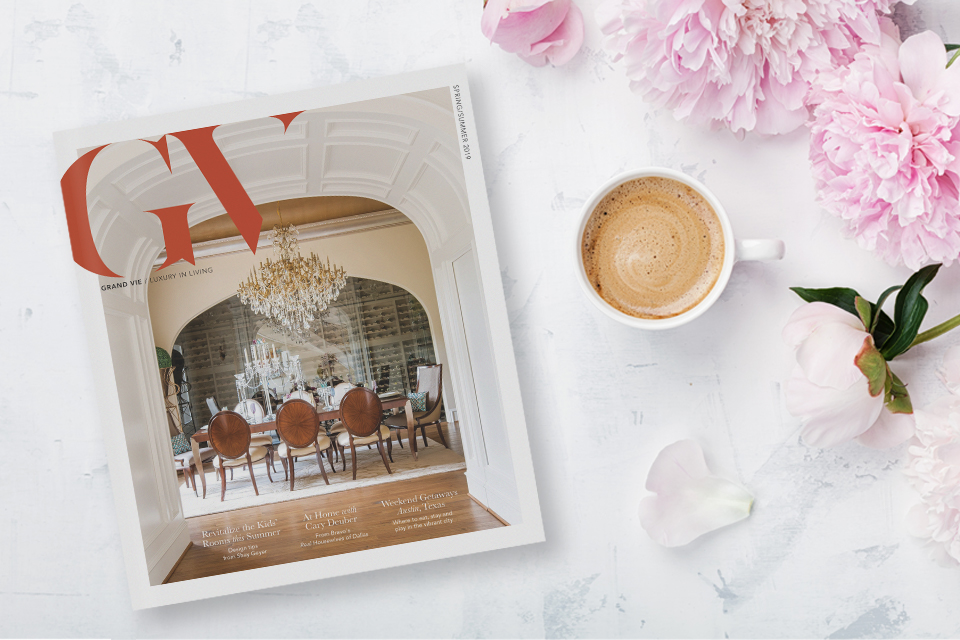 The 27th edition of Grand Vie features some of D-FW’s premier luxury properties for sale and offers a plethora of inspiring editorial content, including “At Home with Cary Deuber,” a Q&A with Bravo’s The Real Housewives of Dallas star; “Weekend Getaways: Austin,” offering tips for a visit to Texas’ most-Instagram-able city; “Houses of Art,” highlighting some of the top cultural events of the season; and special sections for lake, farm, ranch and recreation properties. Also in the spring/summer edition: Partner and designer at IBB Design Fine Furnishings, Shay Geyer, shares advice for revitalizing your kids’ room this summer.

To view the digital version of Grand Vie, visit grandviemagazine.com. To learn more about Ebby Halliday Realtors, its Associates and all of the homes available for purchase in North Texas, visit the award-winning, mobile-friendly ebby.com. 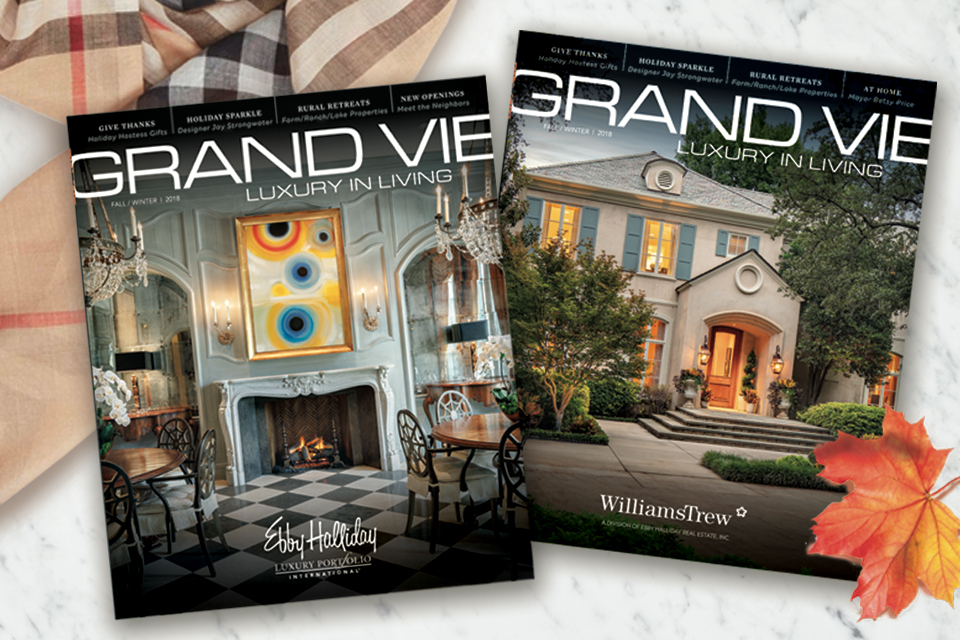 The 26th edition of Grand Vie features some of Dallas-Fort Worth’s premier luxury properties and offers a plethora of inspiring editorial content, including “Add a Little Sparkle to Your Holiday,” featuring the Jay Strongwater Collection; “At Home with Mayor Betsy Price,” offering a peek inside the favorite room of Fort Worth’s mayor; “Fresh Openings,” showcasing new retailers and restaurants around town; “Houses of Art,” featuring some of the area’s top cultural events of the season; special sections for lake, farm, ranch and recreation properties; and LuxeTrends, showcasing a collection of the latest luxury lifestyle must-haves. Also in the fall/winter edition: Partner and designer at IBB Design Fine Furnishings, Shay Geyer, shares insight into permanent botanicals for your home.

“Not only has our magazine’s distribution grown significantly across North Texas, it also includes some of the very best luxury real estate companies outside of our local market, in such locations as Beverly Hills/LA, New York, Chicago, San Francisco, Miami, Palm Beach, Newport Beach, Santa Barbara and Vail,” says Randall Graham, vice president and director of marketing for Ebby Halliday Realtors. “The trust clients place in us to represent one of their most important assets is a role we are honored to fulfill.”

In addition to the exposure they receive in Grand Vie, Ebby Halliday Companies’ luxury listings benefit from extensive national and international exposure provided by luxury marketing partner Luxury Portfolio International and its website luxuryportfolio.com, one of the most-visited luxury home sites in the world.

“The more than 200 firms that comprise Luxury Portfolio are some of the most powerful brokerages worldwide,” says Graham. “This prestigious network represents more $1 million-plus properties than any other luxury real estate network and provides strong connections to well-respected firms worldwide. Simply put, we’re ideally positioned to assist with your next luxury home sale or purchase.”

To view the digital version of Grand Vie, visit grandviemagazine.com. To learn more about Ebby Halliday Realtors, its Associates and all of the homes available for purchase in North Texas, visit the award-winning, mobile-friendly ebby.com. 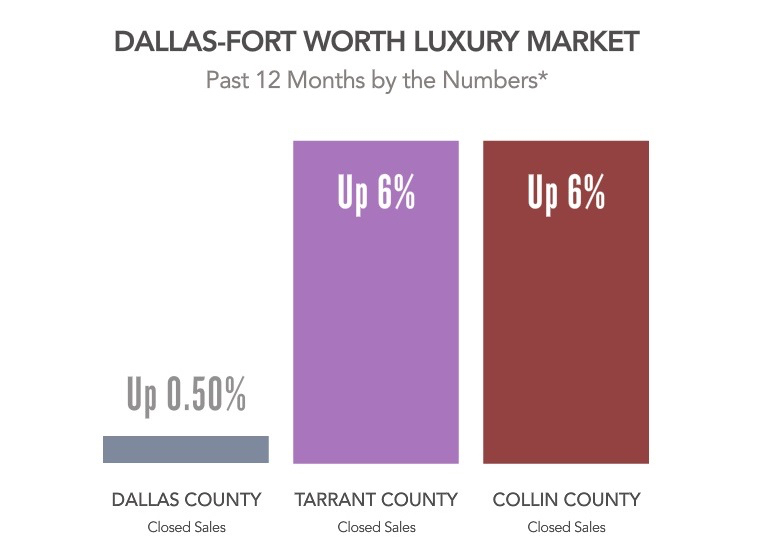 The North Texas region’s thriving economy continues to spur significant growth in luxury home sales. In the past year, 5.2 percent more luxury homes were purchased in Dallas-Fort Worth than during the prior 12 months.

If you are considering buying or selling a home in Dallas-Fort Worth, it would be our honor to be of service to you. With our highly effective marketing and advertising tools and our membership in Luxury Portfolio International, Ebby Halliday Realtors is ideally positioned to assist with your next luxury real estate transaction.

Whether you are considering buying or selling your home, or just staying put for now, we invite you to enjoy the fall/winter edition of North Texas’ leading luxury home publication, Grand Vie: Luxury in Living. We believe you’ll enjoy it as much as we enjoyed putting it together for you. To get started, click here. 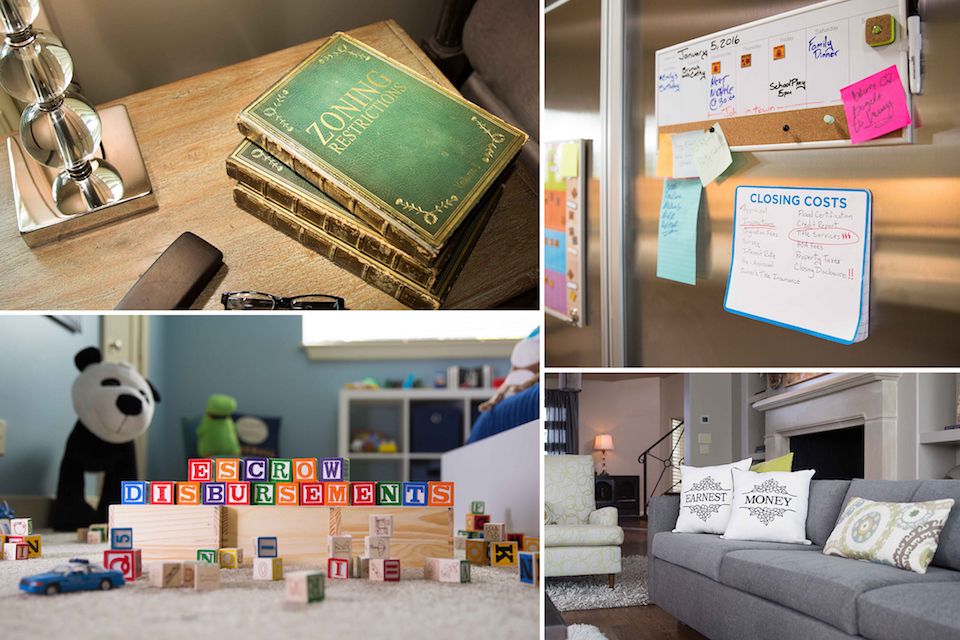 Ebby Halliday Realtors kicked off the 2016 home buying and selling season by launching a brand-new commercial and far-reaching advertising and marketing campaign on Super Bowl Sunday. Acknowledging the complexities of today’s fast-paced real estate market and emphasizing the importance of choosing the right agent, the campaign includes frequent television advertising, extensive print and digital media, large digital and traditional billboards across the North Texas region, and regular spots on Pandora Radio. The campaign runs through September.

In case you missed it on Super Bowl Sunday, check out our new commercial below.

And, look for it throughout the summer on your favorite shows, including “Saturday Night Live,” “The Voice, ” “The Tonight Show Starring Jimmy Fallon, ” “Sleepy Hollow, ” “American Idol, ” “Jimmy Kimmel Live, ” “Modern Family, ” “Grey’s Anatomy, ” “60 Minutes,” “Life in Pieces” and “The Late Late Show with James Corden.”

We’re excited to announce that the fall/winter 2015 issue of Grand Vie: Luxury in Living magazine is out and is now being direct-mailed to almost 60,000 luxury homes across Dallas-Fort Worth.

Grand Vie is the luxury home publication of Ebby Halliday Realtors and the newest member of the Ebby Halliday Companies, Fort Worth-based Williams Trew Real Estate. It’s the only magazine that covers the full breadth of the luxury home market in North Texas and includes two beautiful versions: East and West, depending upon which side of the Trinity River you reside.

In addition to featuring extraordinary luxury properties, the 18th edition of Grand Vie offers plenty of interesting editorial content, including a special section for farm & ranch properties; “Houses of Art,” showcasing some of the area’s top cultural events of the season; fall-inspired recipes from local celebrity chefs Kirstyn Brewer of Victor Tangos and Blaine Staniford of Grace Restaurant; and LuxeTrends, showcasing a collection of the latest luxury lifestyle must-haves. Also in the fall/winter edition: Real estate insider Candy Evans’ take on the North Texas ranch market.

We’re confident you’re going to love the fall/winter 2015 edition of Grand Vie as much as we loved putting it together for you. See it all now at grandviemagazine.com.

The Dallas-Fort Worth luxury market continues to see significant growth and is fueling home sales across the Metroplex.

Just how significant is the luxury home sales growth in North Texas?

In the past year, 12.4% more homes priced at $750,000 and above have been purchased than during the prior 12 months, according to Grand Vie: Luxury in Living magazine’s Spotlight On the Luxury Market feature. Breaking it down further: Luxury home sales are up 11.2% in Dallas County, 17.2% in Tarrant County, and 13.4% in Collin County.

In addition to offering luxury market insight and featuring many of Dallas-Fort Worth’s premier luxury properties, the 17th edition of Grand Vie offers a plethora of interesting editorial content, everything from recipes and grilling tips from local celebrity chefs Tim Byres and Jon Bonnell; to LuxeTrends, showcasing a collection of the latest luxury lifestyle must-haves; to “Houses of Art,” showcasing some of the area’s top cultural events of the season. Also in the summer issue: special sections for lake homes and farm & ranch properties, and real estate blogger Candy Evans’ take on the vacation-home paradise that is Cape Cod.

Luxury is a lifestyle, and Grand Vie celebrates the way we live, love, learn, eat, host, play and work. Pamper yourself at grandviemagazine.com. 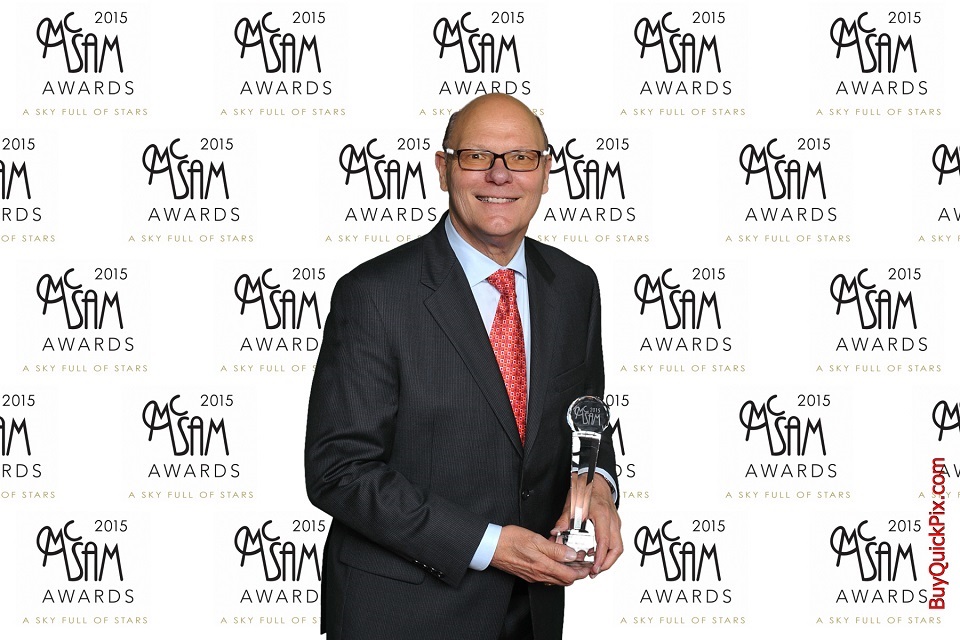 Moyers was one of only three finalists for the McSam Realtor of the Year category. He is a managing partner of the O’Dea Moyers Group, a five-person team that consistently ranks as one of the highest-producing teams at Ebby Halliday. Moyers has been named to the Ebby Halliday Honor Roll for 15 consecutive years.

“Sonny has been a true leader in our fast‐growing community,” Frisco Mayor Maher Maso said. “He has significantly impacted the arts in Frisco. Sonny has the ability to bring groups of people together for a common cause and empower and lead them to goals that truly make an impact. Sonny planted the seeds that Frisco needed to grow into the successful city it is today. He had the vision and ability to make a difference.”

Moyers is well-known for his exceptional service to clients, in-depth knowledge of the new-home construction process, and high sales volume with North Texas homebuilders. In 2014, he sold 55 homes with a sales volume exceeding $26 million. Half of those homes were new construction.

For more information about the O’Dea Moyers Group, its listings and services, click here.

The spring 2015 issue of Grand Vie: Luxury in Living magazine is out and is now being direct-mailed to 50,000 luxury homes across Dallas-Fort Worth. With this edition of Grand Vie, we are very pleased to present the addition of properties and Associates from Fort Worth’s leading real estate boutique, Williams Trew, an Ebby Halliday Company.

Grand Vie, now in its fifth year of publication, is bigger and better than ever. For this edition, we photographed two cover homes and produced two versions of the magazine (East and West) depending on which side of the Trinity River you reside.

In addition to the beautiful properties represented by Ebby Halliday and Williams Trew, we included two new special sections for farm & ranch and lake properties; Q&As with leading North Texas landscape architects Harold Leidner of Dallas and Angelynn Harvey of Fort Worth; and a new feature, “Houses of Art,” showcasing some of the area’s top cultural events of the season.

And, as if any of us needs another reason to own a Texas lake house, real estate blogger Candy Evans dishes on why a North Texas lake house may just be the perfect vacation home. 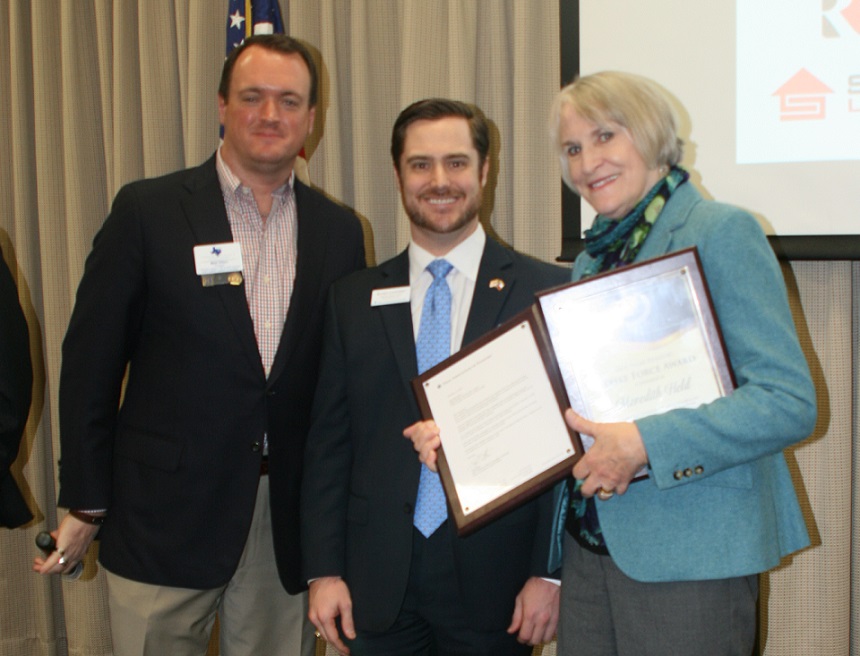 At the recent Texas Association of Realtors Winter Meeting in Austin Ebby Frisco Associate Meredith Held was recognized for her determination and contribution to Texas real estate.

Held, who is a member of the Collin County Association of Realtors and a past president of the association, won the Government Affairs Strike Force Award for initiating the “Bury the Lines” campaign in Frisco. “Bury the Lines” is an effort to have overhead high-voltage transmission lines that are proposed to run along a large and primary street in Frisco, be buried underground.

In 2013, Meredith asked CCAR for its support in fighting the proposed lines. In 2014, Adam Majorie, CCAR’s Government Affairs Director, requested funds from the Issues Mobilization Political Action Committee and was successful in obtaining funds to print yard signs, have an informational posting on an electronic billboard in the area, secure a lobbyist, and hire a law firm to represent those who wish to testify before the Texas Public Utility Commission.

Due to her diligence and commitment to retain Frisco’s property values, Meredith was awarded. “I was extremely surprised and very honored to receive this recognition,” she says.

Meredith, thank you for your service to our industry and congratulations on a well-deserved honor! 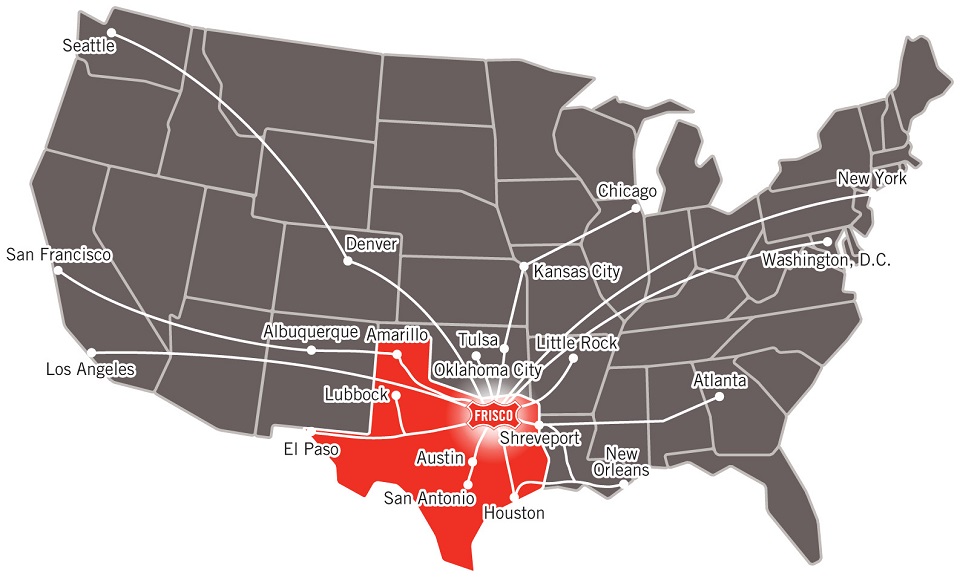