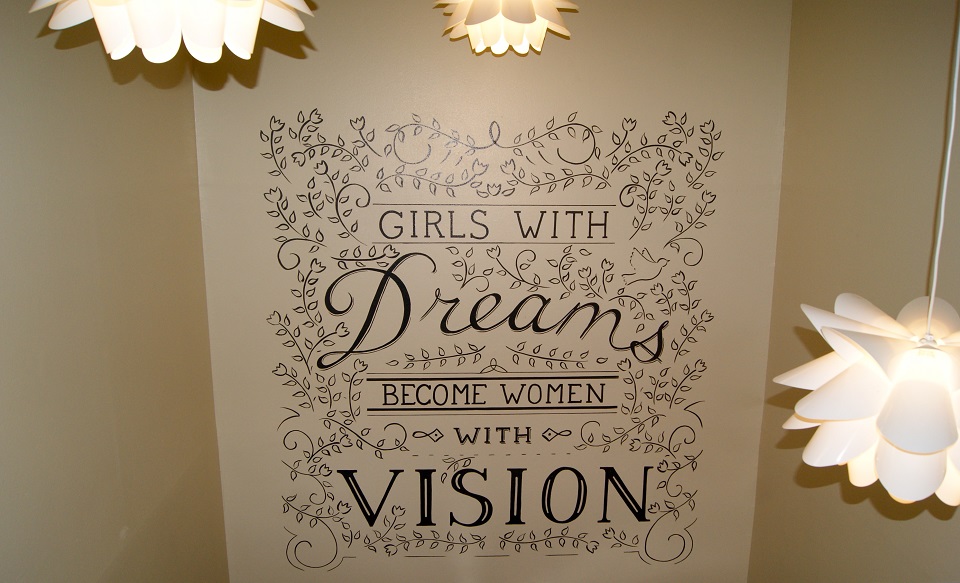 We love the above message prominently displayed at the top of the staircase at The Ebby House. And we couldn’t agree more! 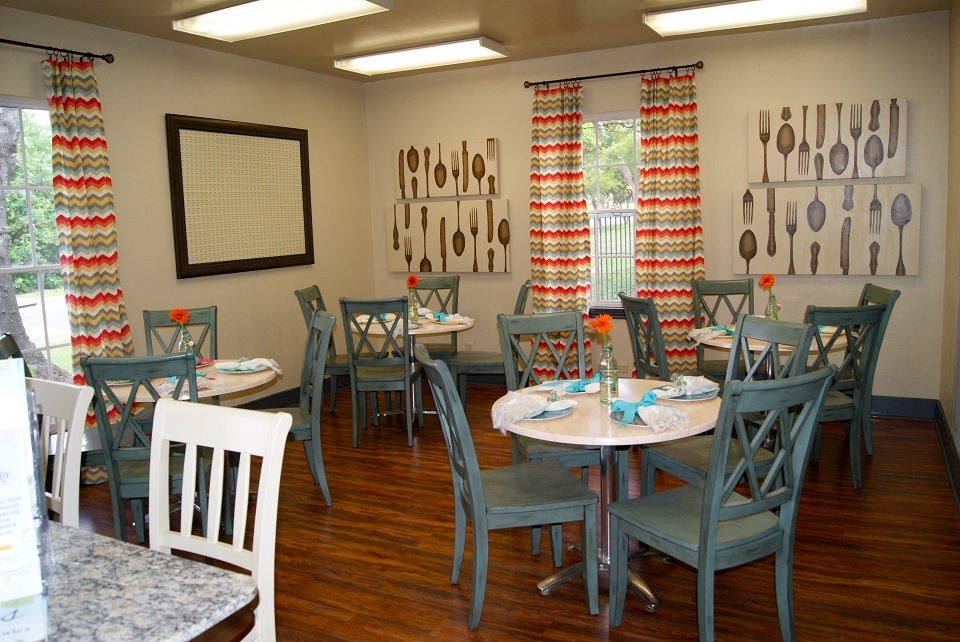 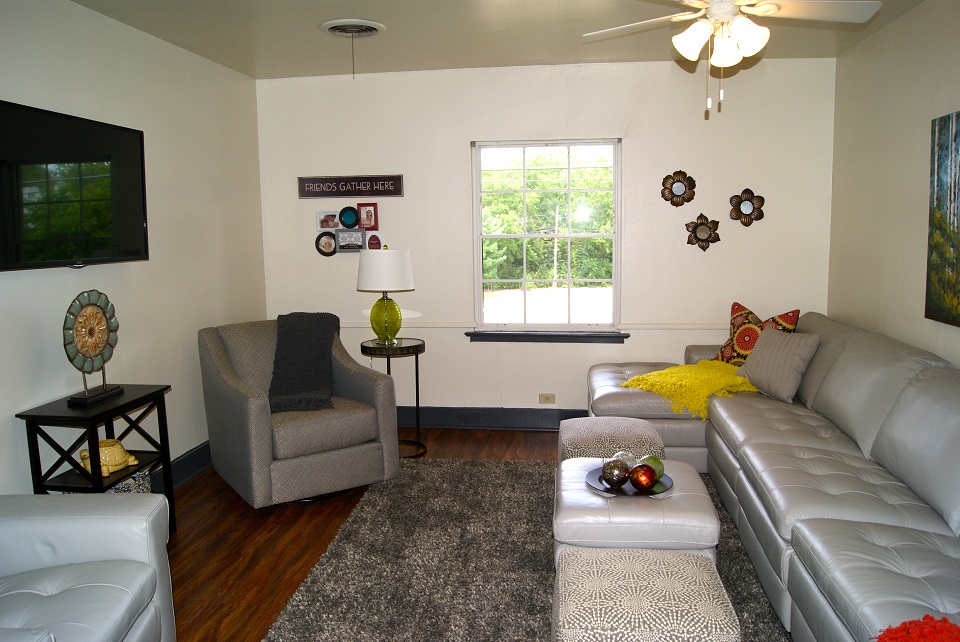 Every year, about 1,500 young Texans age out of the foster care system. Before the age of 21, many of them face severe outcomes due to lack of family and adult connections. The Ebby House seeks to reverse that trend by offering young women a home to live in and mentors to love them while they learn to become self-reliant, entrepreneurial — volunteers and mentors themselves — reflecting the values and life of our company’s founder, Ebby Halliday. 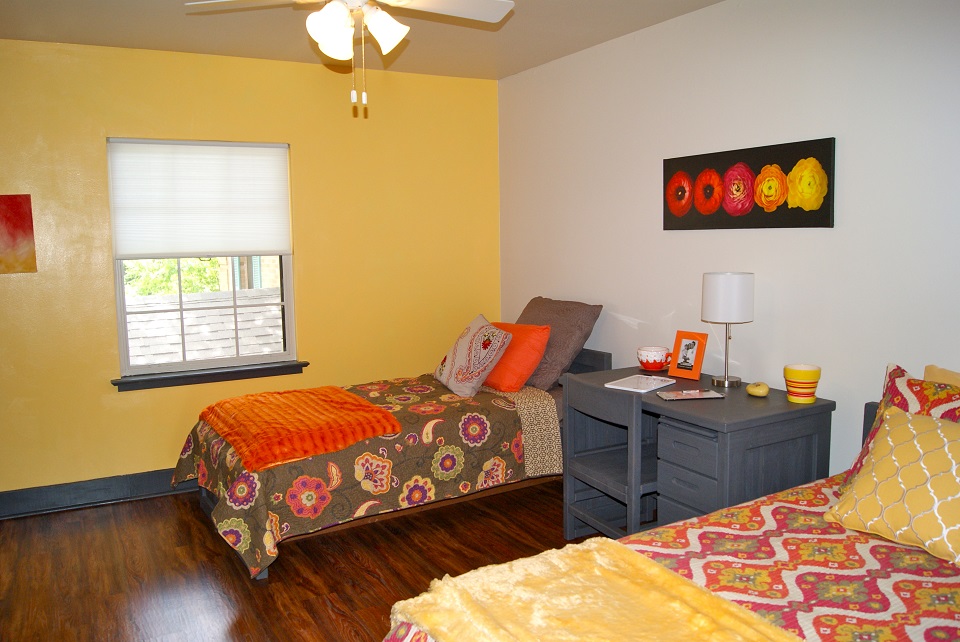 To learn more about why The Ebby House is such a special place, click here. 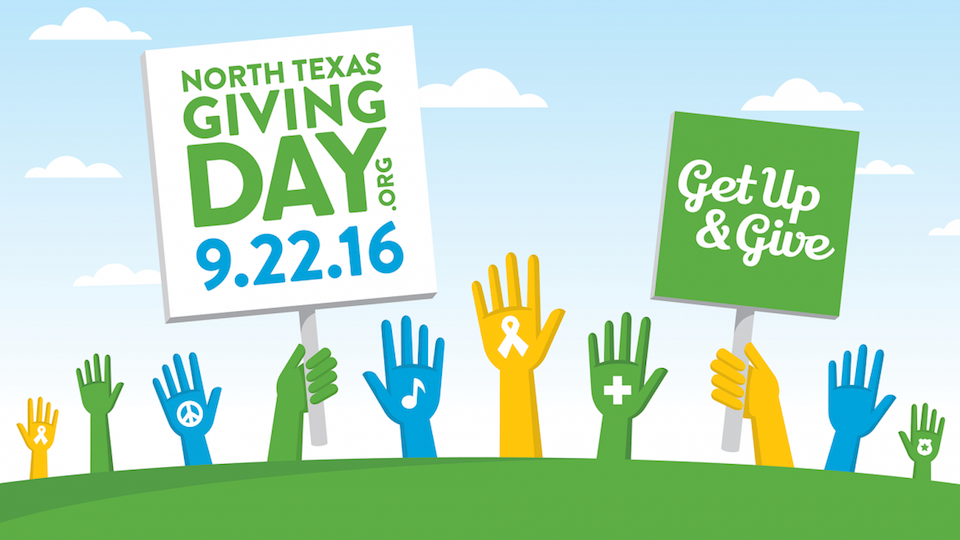 Today, September 22, is North Texas Giving Day, a day when we can all come together and rally behind the nonprofits that make our community a better place to live, work and play. Until midnight tonight, you’re encouraged to donate to more than 2,000 certified nonprofits at NorthTexasGivingDay.org.

In just seven years, North Texas Giving Day has pumped more than $119 million into the North Texas community – over $33 million in 2015 alone. All gifts of $25 to $50,000 given today will be amplified by some of the more than $2 million in bonus and prize funds. These funds are raised by Communities Foundation of Texas and come from businesses, foundations and individual donors. Some nonprofits have additional challenge grants to further amplify donations.

At Ebby Halliday Realtors, service to the community is one of our founding principles. Three charities particularly close to our heart are WiNGS (formerly YWCA of Metropolitan Dallas), home of Ebby’s Place, which serves as a place for poor working women to change their lives; Juliette Fowler Communities, site of The Ebby House, a new community for young women who have aged out of the foster-care system; and Happy Hill Farm, a 500-acre farm near Granbury that is home to North Central Texas Academy. The Ebby Halliday Acers Library is located at Happy Hill Farm.

Whichever North Texas charity you choose to support, please visit NorthTexasGivingDay.org today to make a difference in our community.

This story by Stewart Lytle appeared on the front page of the DFW Real Estate Finder section of The Dallas Morning on August 24, 2014.

Named for real estate legend Ebby Halliday Acers, The Ebby House at Juliette Fowler Communities will be home and a classroom for young women who have aged out of the foster-care system.

The first young woman accepted to live in The Ebby House at Juliette Fowler Communities in Lakewood has been in the foster-care system since she was a toddler. Like many foster kids, she became troubled as a teenager and drifted to various residential facilities, hospitals and finally to the streets.

She developed strong survival skills. At The Ebby House she will learn other life skills, like how to open and manage a bank account, wash clothes and walk onto a college campus with confidence.

“She has hopes and dreams, and we are going to help her achieve them,” said Kristen Mazza, executive director of The Ebby House.

Named for Ebby Halliday Acers, philanthropist and founder of Dallas-based Ebby Halliday Real Estate Inc., the house will soon be home to eight young women who have aged out of the foster system, but who are lacking the support system and life skills necessary to navigate early adulthood, said Sabrina Porter, president and CEO of Juliette Fowler Communities. Over the next five years, 16 former foster girls, ages 18 to 24, will live and learn many life lessons in The Ebby House.

Porter, a veteran warrior of helping young women make better choices, believes that The Ebby House is the fulfillment of the dream Juliette Fowler espoused before her death in the late 19th century. Dallas’ first philanthropist dreamed of caring for older adults, young female teachers and orphans.

In recent years, Juliette Fowler Communities has focused primarily on elder care. Its orphanage closed in the 1970s.

Porter, who came to Juliette Fowler three years ago, re-established an inter-generational environment at the Abrams Road community with the support of her 32-member board. Through collaborative efforts with Presbyterian Children’s Homes and Services, foster care in Dallas is provided in a home within the retirement community, as well as throughout Dallas County. She brought in the Big Brothers/Big Sisters program, called Generations and Beyond School Walls.

With The Ebby House, Porter and her team will provide what the former foster girls and the senior residents need most – a big, interactive family.

Porter met Halliday at an event when they were seated together. Porter told the real estate icon about the new residential facility for young women and asked if she could name the house for Halliday.

The Ebby name has proven to be magic. It brought in scores of donors and volunteers who helped reconstruct the old dormitory, landscape the grounds and provide scholarships for the young women. Having Ebby as a role model, Porter said, will inspire each of the young women who live there to dream big. 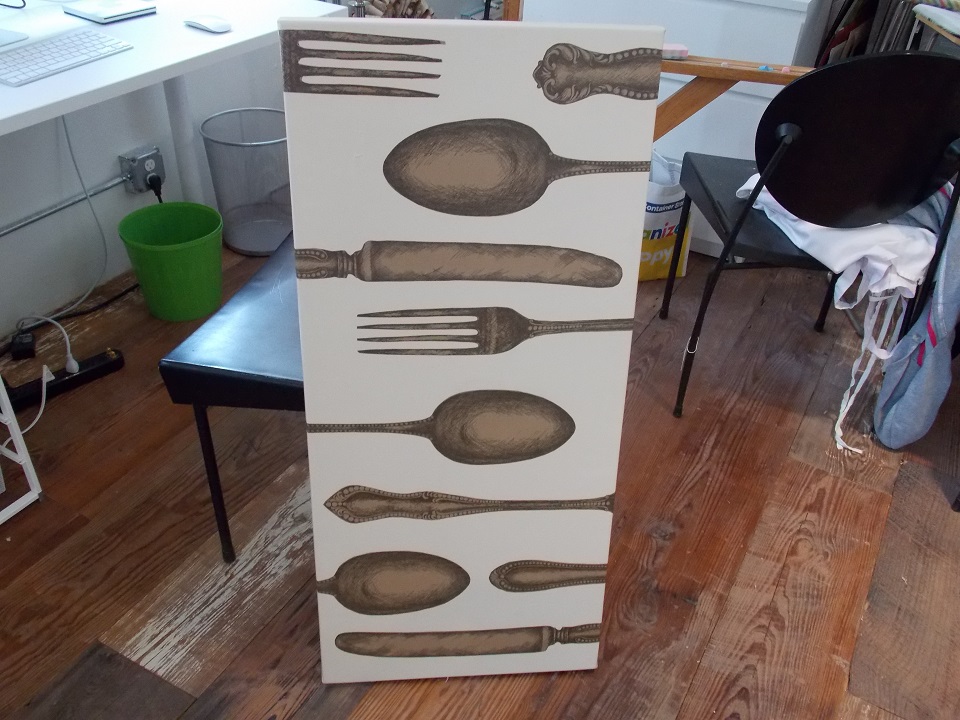 As the grand opening of The Ebby House at Juliette Fowler Communities approaches, the good folks at Dwell With Dignity are busy making sure the home will be properly decorated. The photo above is just one of the pieces of art Dwell With Dignity’s talented volunteers have been busy creating for the home.

Dwell with Dignity is a nonprofit group of interior designers and volunteers dedicated to creating soothing, inspiring homes for those who are struggling. At the core of their being is the belief that if they can change a person’s surroundings, they can change that person’s outlook on life. We couldn’t agree more.

The Ebby House, which is scheduled to open May 21, will be a community designed to prepare young women who have aged out of the foster-care system for a successful future. The solution-based program will serve up to 16 women at a time. The young women will live in the residential home on the Fowler grounds under the guidance of a house mom for 12 to 24 months and will be mentored in life skills, communication, computer skills, career guidance, opportunities for education beyond high school/GED, job training and volunteerism.

The Ebby House is named in honor of Ebby Halliday Realtors’ Founder and Chairman of the Board Ebby Halliday, who has worked tirelessly for more than 70 years to provide economic opportunities and assistance for others.