The Irving Music Factory, now under construction near U.S. Highway 114 and Las Colinas Boulevard, will offer live music and a whole lot more.

The anchor to the development is a $40 million state-of-the-art music venue that can be switched from a 4,000-seat indoor theater to an outdoor amphitheater with double that capacity. The Pavilion at The Music Factory will be walking distance from the Irving Convention Center.

The 18-acre pedestrian-friendly Irving Music Factory will also be home to an Alamo Drafthouse, a 100,000-square-foot office park and more than 20 restaurants. The first two restaurants to be announced are Gloria’s, the popular local Latin eatery, and a new-to-the-area sushi restaurant called Kabuki. More restaurants will be announced in the coming weeks.

“The Music Factory will give area residents and tourists alike a brand-new, world-class entertainment center,” says Kristi Davis, sales manager of Ebby’s Irving/Las Colinas/Coppell Office. “We’re super-excited about the positive impact this exciting new development will have on a part of the metroplex we already love.”

The Irving Music Factory is expected to open in April 2016. 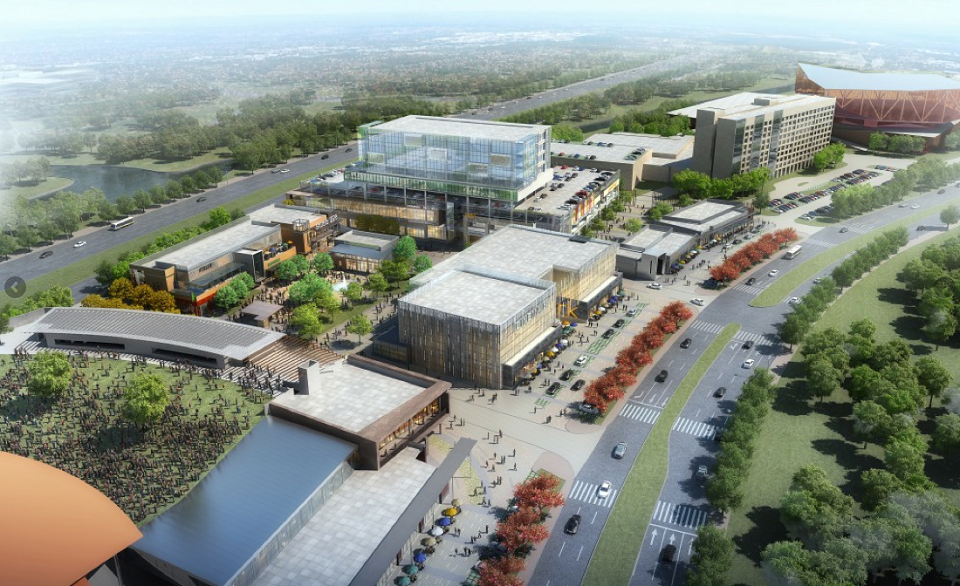 Hear a band at the music hall, swing in for an after-concert drink at one of several pubs; have a few laughs at a comedy club or see the latest blockbuster in a state-of-the art theater; celebrate a special occasion with an upscale meal at a swanky new eatery or just grab a quick slice of pizza for lunch. It will all be possible at The Music Factory, a one-stop-shop for a fun night out on the town and a perfect daytime diversion from office life. The Music Factory is slated to open in Irving in late 2015.

The official groundbreaking for this much-anticipated $165 million project is this Saturday, August 30, at 7 p.m. in the 300 block of West Las Colinas Boulevard near the Irving Convention Center.

“The groundbreaking this weekend marks the kick-off of a project that will give area residents and tourists alike a brand-new, world-class entertainment center,” says Kristi Davis, sales manager of Ebby’s Irving/Las Colinas/Coppell Office. “We’re super-excited about the positive impact this exciting new development will have on a part of the metroplex we already love.”

It’s not just any groundbreaking ceremony either – expect performances from members of Dashboard Confessional and The Apples in Stereo, food trucks, and a free outdoor screening of “Raiders of the Lost Ark.” (The project’s developer is the Ark Group of Charlotte, N.C.)

Located just north of O’Connor between State Highway 114 and Las Colinas Boulevard, The Music Factory will be an all-in-one dining and entertainment destination. The centerpiece of the project is an 8,000-seat, indoor/outdoor concert hall. The project will also feature a 50,000-square-foot plaza with a stage that will play host to fashion shows, farmer’s markets, food festivals and more. In its first phase, the project will offer 250,000 square feet of entertainment retail and restaurant space, including a just announced Alamo Drafthouse movie theater, a comedy club and 20-plus restaurant options. 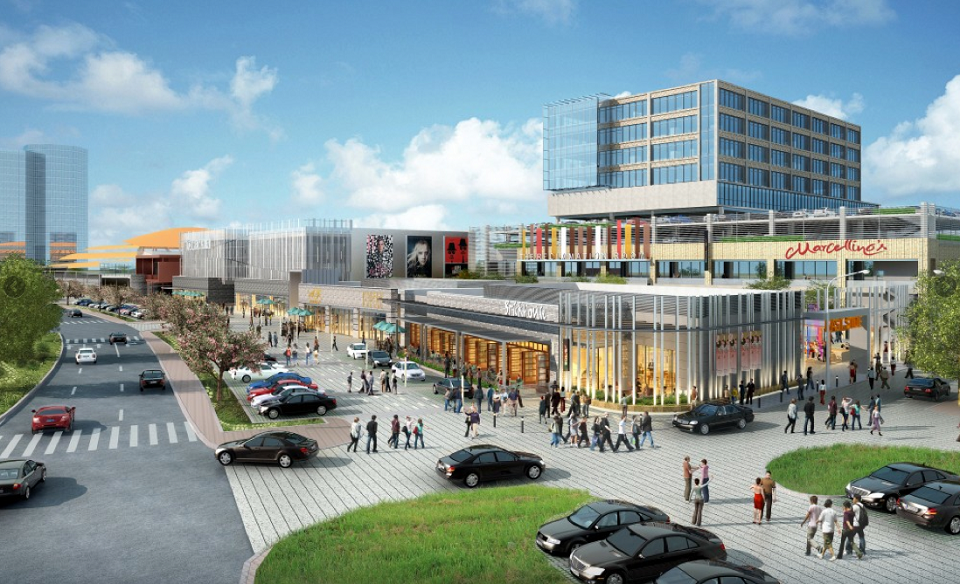 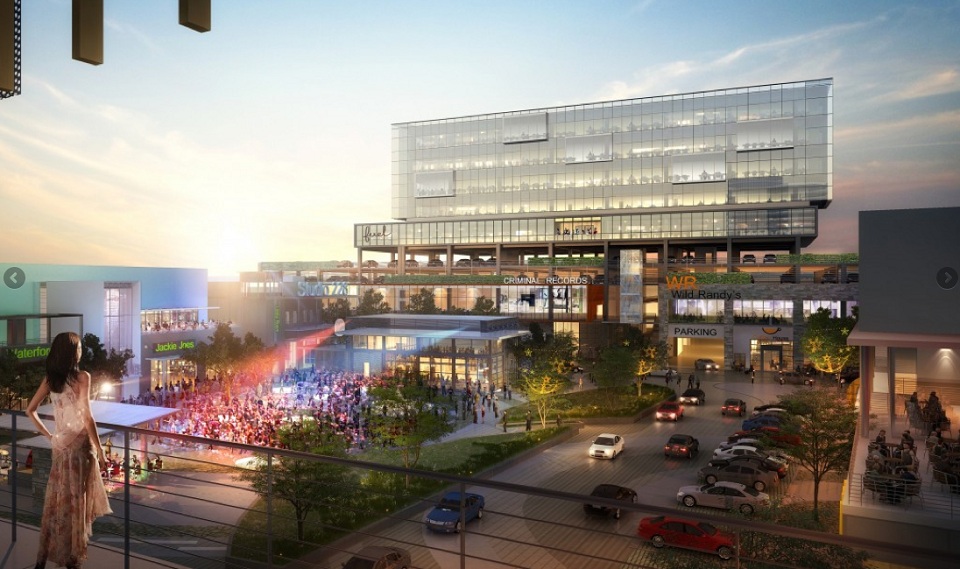