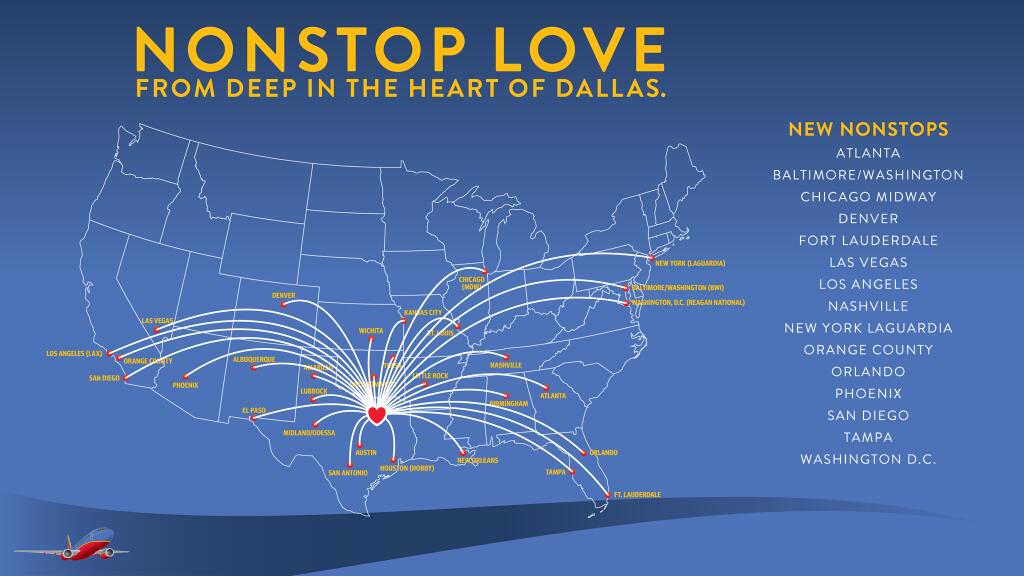 Today’s OTD has big news for Dallasites who love to fly Southwest, and who love to fly it out of Love Field. For many, the convenient location of the airport and the great flight rates and free checked baggage deals are almost too good to be true. Well, things are about to get even better later this year. Southwest just announced that it will be adding 15 new nonstop destinations from Love Field- bringing the total nonstop count up to 31 destinations.

All of this comes after the appeal of  Wright Amendment and its federal flight restrictions. This amendment limited the area in which airplanes of more that 56 seats could fly nonstop from Love Field. Here are the new cities and the days on which you can begin to fly nonstop to them…

Flight schedules and fairs will be announced in May.

Who’s excited!? This will be pretty life-changing for many who enjoy this airport and airline!